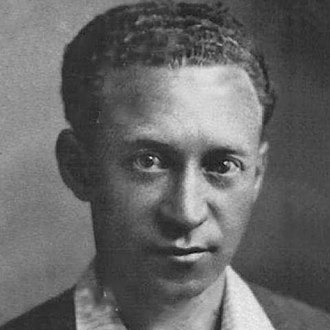 Jacques Stroumsa was born in Salonika in 1913, the son of a distinguished teacher and a talented milliner. The oldest of four children, he showed musical talent at a young age. After completing secondary school, he went to Marseilles, France to study engineering, while simultaneously taking violin lessons at the Lycée Musicale. Upon finishing that program, he moved to Paris, where he continued his studies in engineering and music. He returned to Greece in 1935 to perform his military service, teaching French and playing the violin in the military orchestra. Afterward, he took his first job in industrial production, working with diesel motors imported from Germany. He assiduously expanded his linguistic abilities, taking evening courses in German, something that was to be very useful a few years later.

At the time of the German occupation in April 1941, around 50,000 Jews living in Salonika alone. The situation of the Jews slowly and steadily worsened; during the first year, Jews would be randomly harassed or insulted, arrested, or have their belongings confiscated. Nonetheless, they believed that they would be allowed to remain in their country until the end of the war. Gradually the Nazis imposed a series of ‘Jewish laws’, restricting activities and employment of Jewish Greeks. In March 1943, transports began to Auschwitz.

Stroumsa and his pregnant wife Nora, his two sisters and brother, his parents and parents-in-law, and many cousins, aunts, and uncles, were transported in April 1943. By the time Stroumsa was evacuated from Auschwitz to Mauthausen, all but his two sisters were dead. His sister Julie, like himself a talented violinist, joined the women’s orchestra in Birkenau. She survived her time there but died of typhus in Bergen-Belsen just weeks before liberation. Bella, the youngest sister, was assigned to work at ‘Canada’, where the clothes of the gassed victims were sorted. Thanks to the relative ‘privilege’ of this job, she also survived.

Upon arrival in Birkenau, and after selection, Stroumsa was tattooed, assigned new clothing with a yellow star, and brought to a barracks with the surviving male members of the Salonika transport. Still, in shock from the horrors he had endured, he was surprised when the Polish Kapo asked if anyone played an instrument. He shyly told of his ability at the violin. The Kapo procured a violin and demanded that he play. He played for more than twenty minutes, and everyone seemed very touched. The Kapo took him to an audition for the Birkenau men’s orchestra, where Stroumsa’s musical education so impressed the French director that he was assigned to be the first violin without having to perform an audition piece.

Stroumsa’s time as the leading violinist in the Birkenau orchestra was to be fairly short. He remembered them playing a fairly varied body of music, usually arranged by the conductor and violinist Szymon Laks. His strongest and most unpleasant memories were of the endless marches they played while the prisoners entered and exited the camp every day. He also remembered that on Sundays some musicians played in the camp hospital. After only a few months, Stroumsa was transferred to work in a metal factory, where he was able to secure the post of engineer in the main plant, remaining there for eighteen months. Because of the importance of the work he was doing, he was better treated than most of the others and better fed and clothed. In addition, with the tacit assent of his boss, he managed to procure jobs at the plant for some friends, as well as for his sister Bella. At this point, the music stopped being part of Stroumsa’s life, for the first time since his early childhood. This was except for the odious and exhausting singing he and the other workers were forced to perform while marching to and from work. On 19 January 1945 Stroumsa was sent on a death march to Mauthausen, where the prisoners arrived six days later.

As the war was drawing to an end, the camp fell into chaos: food and water were scarcely available, and there was a raging typhus epidemic. This was the state of affairs when American tanks reached the camp on 8 May 1945.

After his recovery from typhus, Stroumsa returned to Paris. Two years later, at the age of 32, he married Laura Sporta. He continued playing the violin while working professionally as an engineer. In 1966, Stroumsa and his family moved to Israel. He worked for the Jerusalem Municipality and the Foreign Ministry, and after retiring, attained a Ph.D. in electrical engineering from the Technion. He volunteered at Yad Vashem, researching the story of Greek Jewry, and telling his story to groups. His memoir, "Violinist in Auschwitz" has been published in 8 languages.

Stroumsa died in 2010 in Jerusalem.

From ORT. Based on his memories: Stroumsa Jacques, Violinist in Auschwitz: From Salonika to Jerusalem 1913-1967. Konstanz: Hartung-Gorre Verlag, 1996.

Jacques Stroumsa was born in Salonika in 1913, the son of a distinguished teacher and a talented milliner. The oldest of four children, he showed musical talent at a...

Bella Schaechter-Gottesman was born in Vienna, and moved with her family, as an infant, to Cernauti, Romania (today Chernivtsi, Ukraine). Her mother sang a wide repertoire of folksongs (and is...