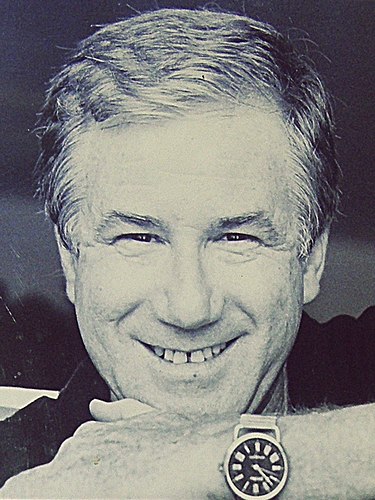 The most prolific lyricist in Israel. Wrote for singers, bands, television, film and theater
1941-2005

Ehud Manor won the Israel Prize in 1998. As part of the reasons for the award, it was said: "Ehud Manor, born in Binyamina and a resident of Tel Aviv, began publishing songs and hymns in 1966. Ehud Manor has created many songs with our best composers and singers. In special programs on radio and television, he has presented to the public works of Hebrew songs for generations. Ehud Manor, a member of "Kol Yisrael" and "The First Channel", is a virtuoso translator of theater and musical plays. He has instilled in our bloodstream dozens of songs from the great world, in eloquent and humorous Hebrew costume. Ehud Manor knows the secret of seriousness, pain, love, and frivolity, and he has represented us with great respect in singing competitions abroad. Author of "Yemey Binyamina" ("Binyamina Days"), "Achi Hatzair Yehuda" ("My younger brother Yehuda"), "Bashana Habaa" ("On the next year"), and "En Li Eretz Acheret" ("I have no other land") were found worthy of the Israel Prize for Hebrew song in the Jubilee year, which is the year 1998".

Manor's original name was Weiner. As a student of psychology and English in the early 1960s, he edited radio programs on "Gal Hakol" and "Kol Yisrael". The directors of the radio encouraged the editors and the presenters to transform their last names to Hebrew, so he changed his name to Manor.

Ehud Manor was born in Binyamina to an immigrant couple from Belarus. Ehud Manor's family had a great influence on his life and his writing. His mother had a beautiful voice and was singing constantly, and his father would speak to him in rhymes from a very young age and this is perhaps the great influence on his writing in rhymes. The father studied at Mikve Israel and became a farmer. However, he read a lot and had a large library at home. He needed in his library all the newspapers and all the books published in Israel.

Manor was a member of the working youth movement and he danced folk dances. He was 15 when his father died. Along with the songs he sang in youth movements he listened to American music on records he received from his uncle from the USA, so he grew up on several styles of music. It was precisely American music that particularly influenced him. As he told: "Since forever I wanted to write lyrics to music. I wanted to compose lyrics to music, that the words will only be heard when the music is heard. And I have no explanation why. The only explanation I have is that I write not from Israeli roots but from connecting to American music. What pushed me to write was American music. At a young age, I was caught up in foreign radio stations that played American popular music, like songs from the 1920s and 1930s by people like George Gershwin and Cole Porter".

Manor began writing his own versions of foreign songs he loved. There are songs he wrote while still in high school and only years later were published, among them for example the Brazilian song: "Sadness has no end, happiness has and has". The song "Somewhere in the Heart, a Blooming Flower a Blooming Flower" is a song by Georges Brassens, he wrote in the twelfth grade and years later gave it to Corinne Allal.

In 1962, Ehud Manor traveled to the United States and met Ofra, who studied and worked there at the Leo Fuld Israeli club, called "Sabra". She wanted to sing and thought it was a good idea to take American songs they knew and sing them in Hebrew. Ehud Manor wrote for her 2-3 songs for the club. A few weeks later, other singers came and asked him to write for them as well, including singer Ran Eliran. Ehud and Ofra married in 1964 and returned to Israel in 1966.

Ofra played at the Zavit Theater together with Shlomo Nitzan and he introduced Manor to Nurit Hirsch. Until then, Hirsch had written only the song "lilach flower". Manor suggested that they write together and within a week began working together. The first song they wrote was recorded by Ran Eliran. It was the song "Habatim Shenigmeru Leyad Hayam" ("The Homes That Ended by The Sea") that was recorded in 1967 and became a huge success.

"The Manor Hirsch duo" wrote many songs together. Many of them became a great success from the moment they were written. The first song was followed by dozens of energetic and optimistic songs such as Yom Aleph Bashavua ("Sunday of the week"), Eikh Af Hazman ("How time flies)", "Beikvotaikh" ("Following you"), Rak Be'Israel ("Only in Israel") and Bashana Habaa ("Next year"). After two years of working together, even a book of their songs "50 hits" was published by Maariv.

At that time, Manor met Matti Caspi, then a soldier in the Southern Command band, who wrote more complex melodies than Hirsch's. Manor told about the meeting with Caspi: "I remember the day I met Matti Caspi who knocked on the door of Nurit Hirsch. I was at Nurit's house, and he knocked on the door and said, 'I wanted to play you some tunes I wrote.' He sat near the piano and started playing them. He played two or three melodies and I just suddenly felt that I had to write words to these melodies. I was stunned. His melodies were sad and cheerful at the same time - they evoked longing and pain, love, and humor". Since then, a close connection was between Manor and Caspi and they created many songs. However, Manor continued in parallel to writing with Hirsch and they co-wrote "Abanibi" which won the Eurovision Song Contest in 1978, and Lalekhet Shevi Akharaikh ("Walk Captive After You") in the Yom Kippur War. Manor noted an interesting fact: "with Nurit in most cases the words preceded the melody. With Matti in most cases the melody preceded the words, most of the songs we wrote together the melody preceded the words, like 'Brit Olam', Yalduti Hashniya ("My Second Childhood").

Manor wrote a lot of personal songs. He wrote about his parents, his brother, Binyamina, his childhood, and his dreams. His younger brother Yehuda, whose death in the Suez Canal in 1968 when he was only 19 years old, influenced Manor's writing. One of the most important songs he wrote following his passing is a song he wrote for his brother, called Ach'I Hatzair Yehudah ("My younger brother Yehudah"). In this song, he promised to call his son by the name of his brother Yehudah. Later he wrote the song Ben ("Son") which tells about his own son Yehudah who was born in 1974.

Manor has translated many plays. The first play musical he translated was "Hair" in 1970. The play was translated a year after Manor's brother fell and he felt that the play was very relevant at the time. Following this translation work Manor continued to translate theater plays and this became his main source of livelihood. His work translations include: "Hair", "The Poors of Life", "The Flutist from Hamlin", "Opera in a Penny", "A Cat on a Hot Tin Roof", "Training the Unruly" and more.

One of Manor's first opportunities to work in the theater was in writing songs for a play staged in the theater From The Land of Oz: "Hannah'leh and the Shabbath Dress." The songs he wrote then, including the familiar song "Who Loves the Shabbath".

Among his many other pursuits, Ehud Manor has written songs for TV shows and movies. He wrote for movies the songs "Last Rain" and "The Policeman Azoulay". In addition, he wrote the theme song for the youth television series, entitled "A Matter of Time". He also wrote songs for children's song festivals.

According to ACUM, Manor was the most prolific lyricist in Israel. He was scheduled to receive an honorary doctorate from Bar-Ilan University in 2005, but he died before being awarded the degree. His widow received the degree in a special ceremony held after his death.

Ehud Manor won the Israel Prize in 1998. As part of the reasons for the award, it was said: "Ehud Manor, born in Binyamina and a resident of Tel Aviv, began...