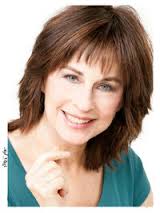 Nurit Hirsh was born in 1942 in Tel Aviv. She spent her military service in the Shiryon (Artillery division) Band as a Clarinet and as an Accordion player. Hirsh graduated with a degree in Piano from the Rubin Music Academy. Among her teachers: Alexander Boch, Mordechai Seter, Yehezkel Brown, Yitzhak Saday, Noam Sharif and Zvi Keren. After her graduation, she went to UCLA, where she studied music for cinema, contemporary music, and electronic music.

From an early age, Hirsh would accompany Opera singers. She was the pianist of "Hamam" theatre in Jaffa and of "Habima" theatre, and she accompanied the "Theater's Club Quartet." Her songs participated in many festivals, and she won prizes in festivals in Greece, Japan, Chile, Portugal, Malta, Brazil, Yugoslavia and Ireland. Her song "Ey Sham" made it to the fourth place in the 1973 Eurovision, and in 1978 she won first place with "Abanibi." In Israel, her songs "Ahavata Shel Tereza Di mon," "Baderekh Hazara," "Haderekh el Hakfar" and "Barba'aba" won prizes in several different festivals.

One of her projects was the children's videocassette series, "Dig Dig Dug," which won great success. Many of her children's songs became an important part of music used in kindergartens.

any of her songs accompany folk dances. These songs came to constitute part of the repertoire of dancing groups all across Israel. In many cases the composer of these songs is forgotten, transfering the song's status to that of a folk song.

Nurit Hirsch won the Israel Prize in 2016 for Hebrew Song.