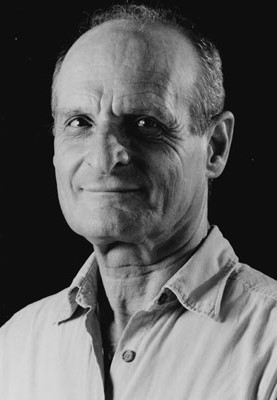 Avner Bahat was born in 1932 in Tel Aviv. His mother, Malka (Bitterman), was born in Galicia, Poland, and his father in Smutrich, Ukraine., His parents met on their way to Israel and got married. At the age of five, Bahat moved to Kibbutz Tel Yosef, where he was introduced to a recorder and discovered his musical talent. Over time he developed a great skill on the recorder which would become very important in his life and more than once he was called "Avner with the recorder". After a few years in the kibbutz, they returned to Tel Aviv and at the age of ten his parents decided that Avner would learn to play the violin, but he soon saw that he had no affinity with the instrument as he was more inclined to the wind instruments and the piano, which he played later in his life. After failing to learn the violin, it was clear to Avner that he wanted to play a wind instrument, and he began to learn to play the oboe. At the same time as playing the oboe, he also began to study harmony and learned to play the piano by himself at Mikve Israel, the high school where he studied.

In 1950, Bahat joined the group that established Kibbutz Nachshon. In parallel with his work at the kibbutz, he traveled one day a week to Tel Aviv to study music: piano, oboe, harmony, and later on, a one-week course for choir conductors, where he met Naomi Ratzon. In 1955, the two married, and they moved to the Kibbutz Kfar Masaryk. A year later, in 1956, it was decided at the Kibbutz Kfar Masaryk that Naomi and Avner would be sent to to study to become music teachers. Upon graduation, he began teaching music at the Naaman Regional Educational Institution which later became a conservatory.

In 1966 he began studying musicology at the Sorbonne University in Paris and completed a master's degree in musicology (with honors) at Tel Aviv University. In the years 1972-1974, Bahat returned to the Sorbonne to study for a doctorate with Prof. Jacques Chailley about: The East-West Encounter in Israeli Music (1939–1973): Integration of Traditional Elements in Musical Work.

For many years, Bahat has been involved in explaining music in many different forums. In the years 1981 to 1967, he taught at the Academy of Music and the Department of Musicology at Tel Aviv University, the Hebrew University, the Oranim Seminary, the College of Music Educators, and the Seminar Ha'Kibbutzim. From 1982 to 1980 he served as secretary of the Israeli Association of Musicology.

In 1981, he established the Center for Jewish Music at Beit Hatfutsot, and from 1984 he began producing records, and later CDs, of Jewish music. Among the many CDs he recorded are Piyyutim from the Moroccan Jewish tradition by the payytan Rabbi David Bouzaglo, Yamim Noraim in the Koenigsberg community tradition, Hassidic melodies, a CD including Maurice Ravel's Jewish songs and a selection of Alberto Hemsi's Coplas sefardies, and more.

In parallel with his work at Beit Hatfutsot, Avner Bahat engaged with his wife Naomi in a study about the diwan of Yemenite Jews - piyyut-melody-dance. They conducted fieldwork that included recordings and survey films in various places in Israel, where they found communities from Yemen singing and dancing. As part of this study, they produced two CDs: Ahavat Hdassa ("The Hadassah Love") and Ahuv Libi ("My True Love"). Later, records of the Diwan's song were also published in English and French. In 2006, a pair of CDs (including a booklet) was published in collaboration with the Jewish Music Research Center in Jerusalem, entitled Yaanu Bekol Shirim ("With Songs They Respond"). In addition, in 1995 they published a book that summarizes this study entitled: Saperi Tama (Tell us, Innocent) – The Diwan Songs of the Jews of Central Yemen – Poetry-Music-Dance.

(Written according to the autobiography - Hamuzika bech'ayay ("The music in my life"). For the full autobiography in Hebrew see here)

Avner Bahat's list of publications in the National Library catalog

The project Jewish Music Mapped: The Music of the Yemenite Diwan in time and space.

Avner Bahat was born in 1932 in Tel Aviv. His mother, Malka (Bitterman), was born in Galicia, Poland, and his father in Smutrich, Ukraine., His parents met on their...

Jascha Nemtsov was born in Magadan (Siberia) in 1963 and grew up in Saint Petersburg where he graduated from a special music school and was awarded a gold medal. He...