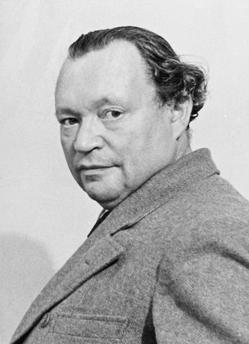 Arno Nadel was born in Vilna, Lithuania and began his Jewish musical education in Koenigsberg under cantor Eduard Birnbaum, first as a participant in his all boy-choir, and then as a private cantorial student.  In 1895 Nadel enrolled in the Jewish Teacher’s Institute in Berlin, and upon graduation settled there as an educator and choirmaster for the Kottbuser Ufer Synagogue. Nadel became increasingly interested in the collection of Jewish music, and in 1923 was commissioned by the Jewish community of Berlin to compile an anthology of Synagogue music. Nadel completed the project in 1938 and intended to publish his work as a seven-volume encyclopedia set entitled, Hallelujah, for use by cantors and Jewish music researchers.

In 1943, Nadel was deported to Auschwitz, where he was murdered. He managed to hide his entire library including the encyclopedia manuscript with a neighbor for safe keeping, which was returned in part to his estate after the war. Eric Mandel purchased what remained of the library from Nadel’s widow and it is now preserved as part of the Eric Mandel Collection at the Schreiber Jewish Music Library at the Gratz College of Jewish studies in Philadelphia.

A full biography can be found here on the "Music and the Holocaust" website.

Arno Nadel was born in Vilna, Lithuania and began his Jewish musical education in Koenigsberg under cantor Eduard Birnbaum, ...

Born in Lodz, Poland. Studied in Moscow, and in 1923 moved to the US. Worked as an organist in various synagogues and was one of the...