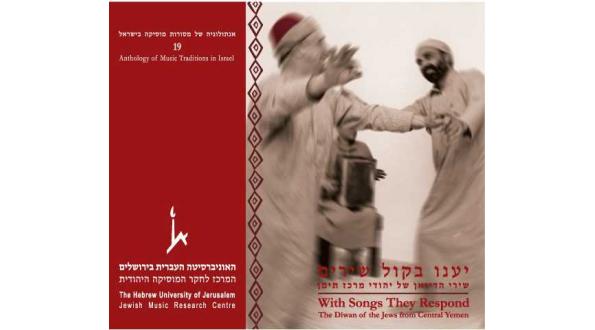 Im nin’alu daltei nedivim is a shira by Shalem Shabazi, signed Alshabazi. This poem is one of the most popular and widely known among the Yemenite Jews. It is sung on many different occasions, at weddings and other celebrations, to many melodies. Alternate stanzas are written in Hebrew and Arabic. Here stanzas 1, 2, 3, and 7 are printed (complete version - Seri-Tobi, 169; translation of the second stanza - Halevi, 156). The poem speaks of angels on high, exile and redemption, exhortation to the soul (Kafih,120). The meter is a variant of the so’er (rajaz): -˘˘- -˘˘- - / -˘˘- -˘˘-. This song, as performed by Bracha Zefira, who sang a setting of one of the melodies by Paul Ben Haim, has been widely known to the Israeli public since the thirties. Joseph Tal and Oedoen Partos also arranged it for choir. (Bahat, 1995: 240) Here we present four different performances of the song, including ten different melodies. This combination of performances illustrates the following characteristics: Each performer chooses which stanzas of the complete song suit him or his tradition, and the occasion on which it is performed. He also chooses which melodies to sing, for the sake of variety: in this instance, ten of the dozens of melodies that exist. In two of the four performances (2, 4) the traditional Yemenite Jewish lore is predominant; the other two (1, 3) exemplify this tradition as it evolved in Israel after immigration.
1. Zadok Zubeiri (NSA studio, 6.1.77; YC 1175) sings the first stanza and the second part of the third stanza to three melodies: the first in flowing rhythm, the other two in duple meter accompanied by a tin pan.
2. Shalom Keisar (NSA studio, 27.1.77; YC 1181), accompanying himself on a drum, with the Kiryat Ono male voice ensemble, sing the first and last stanzas accompanied by hand clapping. The singer opens with the song’s most widely known melody, which was popularized by Bracha Zefira among the Jewish community of Palestine. It is sung in a responsorial manner: the soloist sings the opening hemistich and the choir the closing hemistich. The tawshihִ is sung to another, faster melody. It is usually sung in a responsorial manner, as follows: the soloist sings the first verse, and the choir the second, the soloist sings the second verse and the choir the third. At the end of the song the singers sing a third, slower melody, and a coda-like passage, and then repeat the last two verses at a faster tempo, followed by the blessing Vekulkhem berukhim (You all are blessed).
3. Uri Cohen (NSA studio, 26.2.78; YC 1307), accompanying himself on a tin pan, sings the first stanza, and the first part of the third. The melody of this version is one of the least known to which this song is sung. It is simple and rhythmic, and his drumming emphasizes its duple meter.
4. Menachem Arussi and the Kiryat Ono male voice ensemble (Kiryat Ono, 16.3.87; Y 2164). The last version is the fullest, with stanzas 1, 2, 3, 7; one of these (2) is sung in Arabic. The soloist begins, and the choir replies in a responsorial manner: he sings the opening hemistich, and the ensemble responds with the closing hemistich. They are accompanied by a drum and hand clapping. The first melody is in triple meter, with a variation in the tawshih. The second stanza, in Arabic, is sung to a new melody. The soloist, Shalom Keisar, sings the third stanza to the most widely known tune. The final stanza begins with the words Ehִtom leshiri zeh be-hallel (I will close this song of mine with a hallel), and thereby, so to speak, anticipates what actually happens at the conclusion of the song. The two final verses of the song are repeated with elaboration, and the blessing with which it concludes - Vekulkhem berukhim - leads to the hallel.
5. Vehalleluya (And Hallelujah) - a hymn to the Creator which is suited to the words of the song as a whole, and particularly to its final stanza.