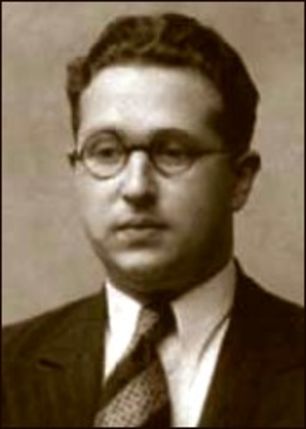 Zikmund Schul was born on January 11, . Schul studied composition with Paul Hindemith, until he fled to to seek refuge from German persecution. During the years 1937-38, Schul studied under famous Czech composer Alois Hába, who became a close mentor and friend. Schul also developed a close friendship with Rabbi Lieben of the Old-New Synagogue in .

While in , Schul discovered medieval manuscripts of Hebrew chant in Leiben’s synagogue. This discovery sparked Schul's interest in Jewish musical themes, which he began to incorporate into his compositions. Upon Hába’s insistence, the task of transcribing these manuscripts was entrusted to Schul by the authorities at the offices of the Jewish community in .

Schul was deported to Terezín on November 11, 1941. Only a month after arriving to Terezín, he completed the first of Two Chassidic Dances for viola and cello. He finished a three-part boys chorus, Ki tavoa al-ha’aretz (When you will go to the land), in January of 1942, and an arrangement of Grundfeld’s melody for string quartet, Uv’tzeil K’nofecho (In the Shadow of your Wings) less than a week after.

Schul’s Terezín corpus reflects his increasing interest in Jewish themes and Hebrew chant as a source for composition. However, Schul did not exclusively compose thematically Jewish music while interned in Terezín. For example, Schul composed the song Schicksal (Fate), for alto, flute, viola, and cello to the text of H. Schlager. Schul’s last and most extensive work was his Duo for Violin and Viola, composed between March and May of 1942. A large portion of the original score survives today, which includes the last three movements and fragments of the first.

Schul's original works were performed in Terezín at least once in the context of Viktor Ullmann’s "Studio for New Music" concert series. Fortunately some of Schul’s compositions survived the war in a collection that Viktor Ullmann gave to Dr. Adler for safe keeping.

Schul died in Terezín on June 20, 1944 from tuberculosis.

An additional biography can be accessed here on the "Music and the Holocaust" website.

Zikmund Schul was born on January 11,