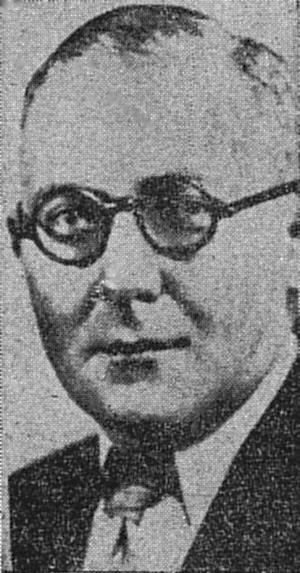 Zalman Zylbercweig was born in a small town outside of Lodz, Poland. His father was Tsvi-Hirsh Zylbercweig, a Hebrew and Yiddish writer. As a young boy, Zalman moved to Lodz with his family, where he enrolled in a modern religious Jewish school. Zylbercweig continued his secondary education at the Lida Yeshiva of Rabbi Isaac Jacob Reines.

Zylbercweig’s formal connection with the Yiddish theater began in 1912, when he became involved in the management of a Yiddish and Hebrew theater troupe. It was during this time that Zylbercweig helped found the organization: Lodz Yiddish Dramatic Actors (LIDA). Zylbercweig began writing for the theater During WWI, primarily composing skits and one-act plays for his theater troupe based in Lodz.

From 1915 to 1924, Zylbercweig acted as the editor of the daily Lodz newspaper, Lodzer Tageblat. In addition to his editorial duties, he published political articles, adaptations of novels, and reviews of books, music, and Yiddish theater. In 1922, Zylbercweig began to collect materials that would serve as the base for his seminal work, Leksikon fun Yidishn Teater (Lexicon of Yiddish Theater).

In 1924, he left Lodz to settle in Palestine, making occasional visits to the United States for research purposes. Zylbercweig traveled to Jewish communities around the world to document their theaters, including Argentina, Poland, France, and England.

In 1937, Zylbercweig settled in New York, and began to work for the American branch of YIVO Institute for Jewish Research. He also became involved with a number of social institutions including the Jewish National Workers' Alliance, and the United Emergency Relief Committee for the City of Lodz. In 1948, Zylbercweig relocated to Los Angeles, where he and his wife Celia presented the radio program "Zylbercweig Yiddish Radio Hour," for twenty-five years.

Zalman Zylbercweig was born in a small town outside of Lodz, Poland. His father was Tsvi-Hirsh Zylbercweig, a Hebrew and Yiddish writer. As a young boy, Zalman moved to Lodz with his family,...

Actor and Hazzan Moshe Oysher was born in Lipkon, Bessarabia in 1907. He immigrated to Canada in 1921, where he joined a traveling Yiddish theater company. In 1932, he founded a Yiddish theater...

From the play the "Lost Sheep" by Boris Thomashefsky