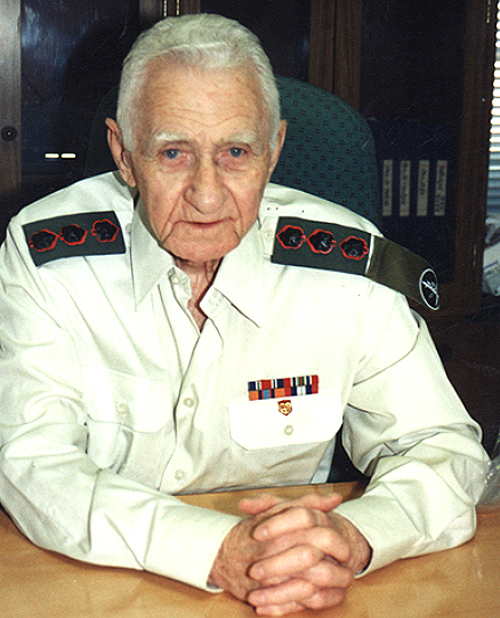 Israeli conductor, arranger and composer. Yitzhak Graziani was born in . His musical path began in grade-school, as he participated in various orchestras as an instrumentalist. During the Nazi occupation of , Graziani was imprisoned in labor camps. After the liberation of by the Russian Red Army in 1944, Graziani married a woman named Dora, and enrolled in the of in .

In 1948, Graziani immigrated with his family to . Soon after his arrival in Israel, he started playing the trumpet with the IDF (Israel Defense Forces) orchestra, an institute that Graziani remained strongly associated with throughout his lifetime. From 1950 to 1952 he served his compulsory service in the army as a member of the orchestra, playing and writing arrangements of Israeli marches.

After his release, he kept his connections with the IDF Orchestra, but also proceeded to conduct and direct many musical projects, among them: the Zadikof choir, which he conducted for 12 years, founding its children's choir, various theater productions (in Habimah, Hakameri, etc.), and entertainment productions (Hagashsash Hahiver, etc.); Israeli song festivals; the Israeli Opera; and more. In addition, Graziani took part in the establishment of the Kol Israel Light Orchestra, and was a member of the Council for Culture and Art, which provided consultation to the Minister of Education from 1970 to 1973.

In 1961, Graziani was appointed conductor of the IDF orchestra, a job he maintained until the end of his life. During this period he achieved a colonel rank (Aluf Mishneh). He participated in many important ceremonies and concerts, including conducting the orchestra during the signing of the peace agreements with (1978) and with  (1994). He is quoted saying, "My dream is to conduct the national anthem of , , and . I accomplished half of this dream."

Graziani wrote over a thousand arrangements of Israeli songs, many of which were written to increase the Israeli music repertoire of the IDF orchestra. He also wrote music for several Israeli films, including "Moshe Vehaventilator" and "Ets o Palestin."

Yitzhak Graziani passed away in Tel Aviv in 2003.