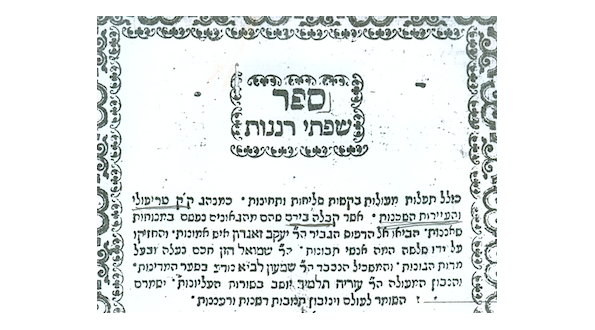 As the High Holidays approach, the Jewish Music Research Centre dedicates the Song of the Month to the Selihot. The materials are extracted from a presentation titled “Islands of Musical Memory: Lucena (Spain, 11th century)-Djerba and Tripoli (16th century)-Netivot and Tel Aviv (Israel, 21st century)” by Edwin Seroussi, read at the 18th ICTM Colloquium “Musical Exodus: Al-Andalus and its Jewish Diasporas” held at the Corpus Christi College in Cambridge, on July 20-23, 2008.

Selihot is a special nightly prayer for fast days and for the days preparatory to the great fast of the Day of Atonement (Yom Kippur). This practice was already established in Talmudic times. Each Jewish community developed a specific mode of Selihot and its own textual compilation. However, the core of all the traditions is the recitation of the Thirteen Attributes of God revealed to Moses (Exodus 34:6-7), a passage known as seder seliha, “rite of forgiveness”.

Observing forty days of selihot starting of the first day of the month of Elul until Yom Kippur became the custom of the Sephardic and Oriental Jews until the present. In these communities, the selihot services are also called “vigils” (ashmorot) or ma’amad following the name of the set of selihot added to the liturgy of the days of fast.

Several Sephardic compilations of selihot are extant. One of the most complete and ancient ones is the order (seder) called Siftei renanot. Originating with Isaac Ibn Ghayyat (Lucena, Al-Andalus, 1038-1089), a halakhic authority, Biblical commentator and poet, this Iberian order of selihot remained in continuous use in the communities of Tripoli (Lybia) and Djerba (Tunisia) exclusively after the 16th century. The maintenance of this tradition is attested by the continuous printing of Siftei renanot from its first edition (Venice, 1648) and later on in Djerba and Libya from the 17th to the mid-20th century.

Following their immigration to Israel since the early 1950s, the practice of selihot according to the order Siftei renanot was maintained by immigrants from Tripoli (Libya) and Djerba (Tunisia) in their new country of settlement and the book was reprinted in Israeli editions. This is therefore a particular poetical and musical tradition of medieval Andalusian origins showing a continuous practice around the Mediterranean shores for almost a millennium.

Why is the performance practice of the majestic poetic edifice of Siftei renanot so zealously maintained until the present in Israel by very small congregations? The persistence of the performance of selihot according to Siftei renanot (as opposed to the mainstream Sephardic or “Jerusalemite” order) can be interpreted as an act of resistance to hegemonic forces operating within the “Oriental” Jewish communities in Israel. By performing the selihot according to Siftei renanot these small communities create “islands” of memory, keeping alive strong local identities vis-à-vis hegemonic pan-Oriental ideologies prevalent in Israel today while challenging “orthodox” visions of Judaism by stressing also cultural values.

The uniqueness of Siftei renanot resides in that it provides a different set of poems for the ritual of each Monday, Thursday and Sabbath within the forty days’ period of selihot. All these poems are sung to a limited set of about twenty basic melodies, called lehanim, each of which is adapted to various different songs. One of the most assiduously used lehanim is “Ezri yavo” (“My rescuer shall come”). This melody is interpreted here in two versions: the first one is the basic lahan according to the Tripolitanian tradition (performed by cantor Refael Hayyun; excerpt from the instructional CD Seder Siftei renanot, produced by Or Shalom: Organization for the Preservation and Diffusion of the Heritage of the Libyan Jews, 2007). The second version is an adaptation of the melody of “Ezri yavo” to the poem “Yonat ‘elem” according to the tradition of Djerba, as sung by Rabbi Micha Assis (field recording, Netivot, 2006). 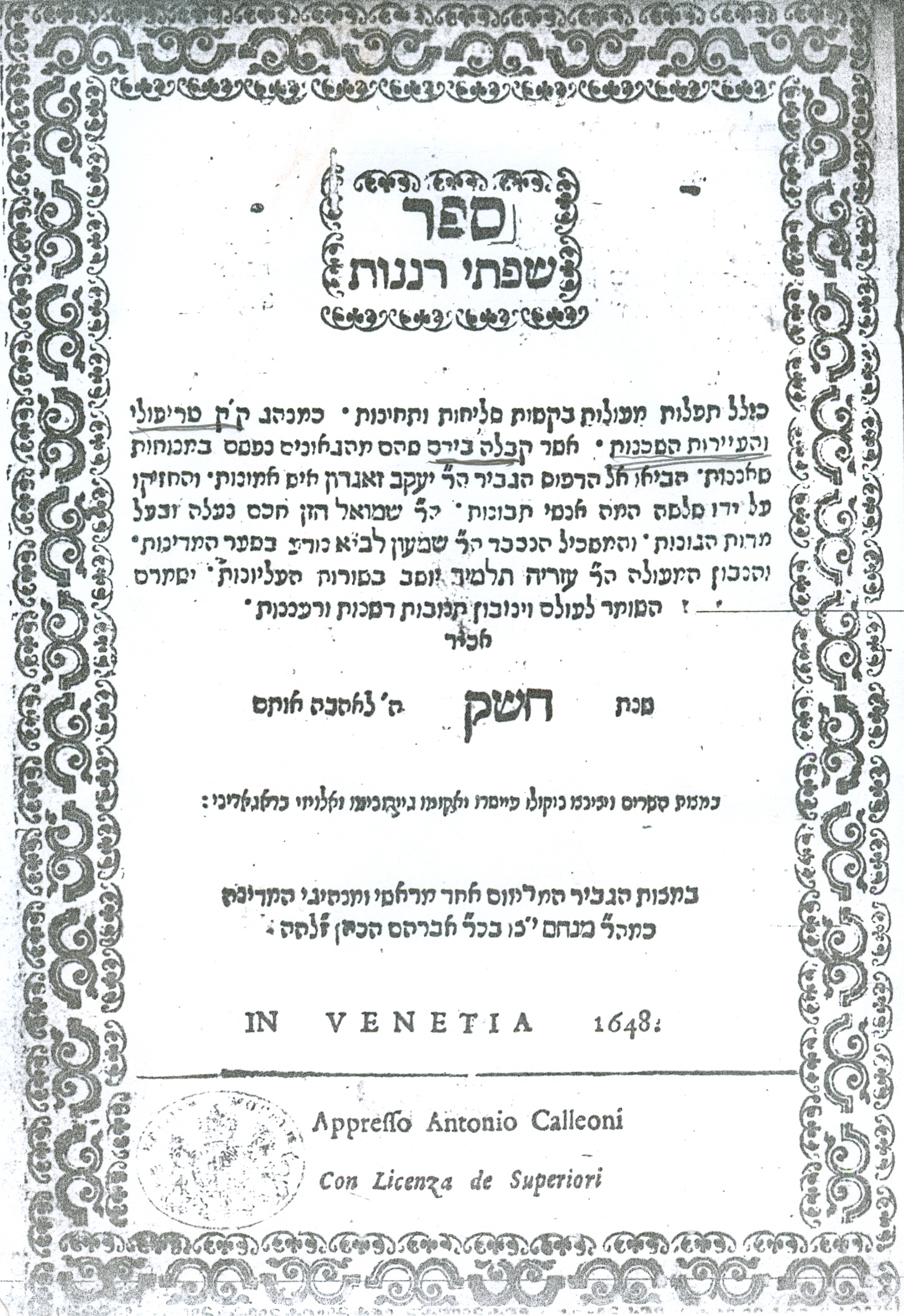 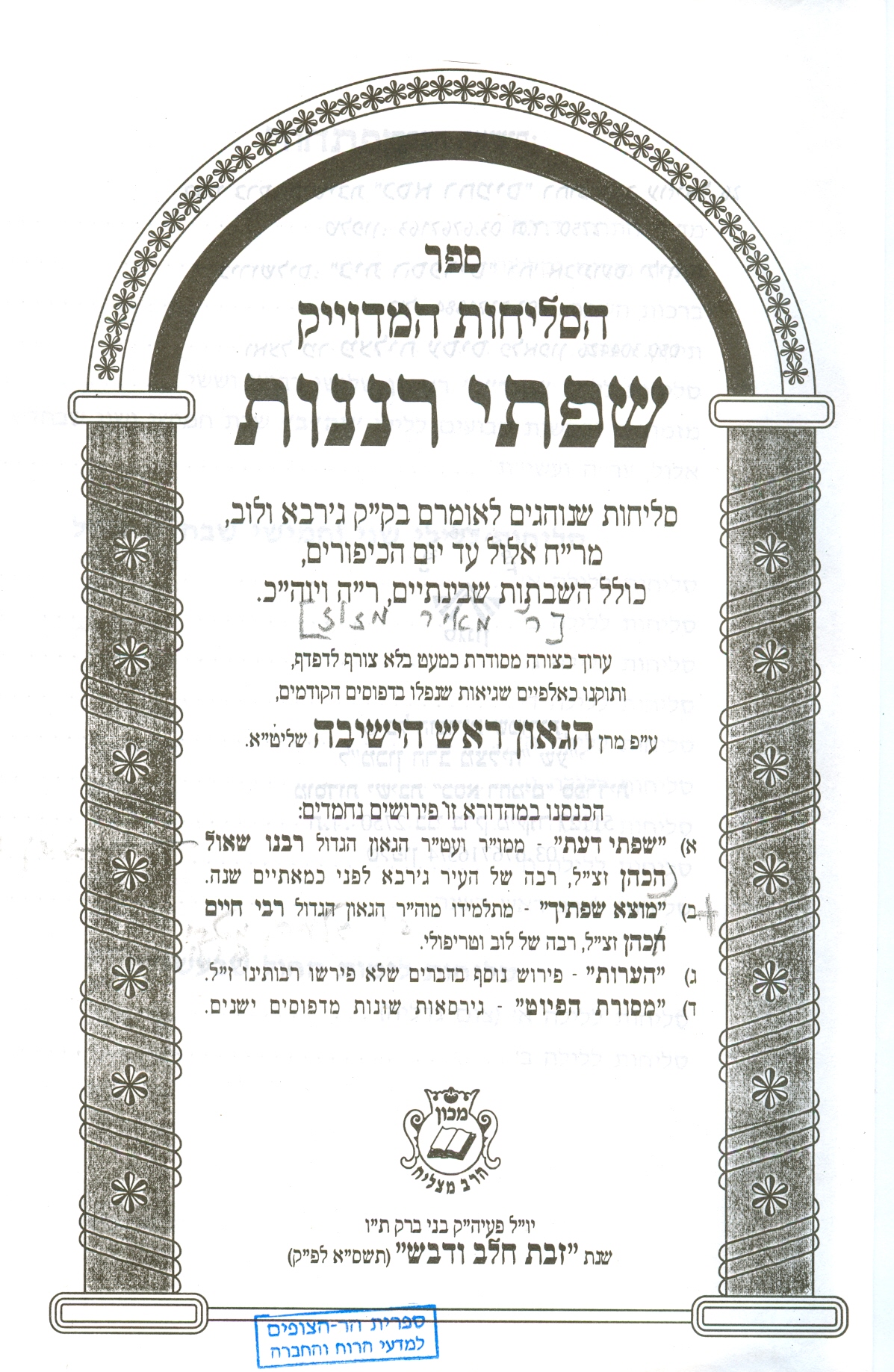