“Call and response,” “responsive,” or “responsorial” is a singing performance style in which a solo singer (leader) and a group of singers (congregation, choir) sing alternately, in response to each other. It is one of the oldest musical forms and common to many peoples, cultures, and religions. The Bible testifies to responsorial practice in Ancient Israel, for example, the refrain led by Miriam during the Song of the Sea (Exodus 15:21) or the short responses of liturgical Psalms such as halleluyah (Ps. 113) and ki le'olam ḥasdo (Ps. 136 and 118). The discussion in the Mishnah (Suk. 3:10; Sot. 5:4) and Talmud (B. Suk. 38b; Sot. 30b) of the musical performance of the Song of the Sea — the leader initiating a verse, the congregation completing it; the leader initiating a verse, the congregation repeating it; the congregation repeating a “motto” from the opening verse as a refrain — more likely reflects early synagogue responsorial forms. Yemenite Jews have preserved the troping of "halleluyah" by the congregation in the Hallel Psalms (Ps. 113−118). Based on the Mishnaic and Talmudic phrase poreis 'al shema (Meg. 4:5; B. Meg. 24a) scholars have claimed that the Shema prayer and its blessings were recited responsorially.

Although the responsorial form declined in Eastern Europe, largely due to the dominating musical role of the ḥazzan, it remained significant feature of Western Ashkenazic (minhag ashkenaz) synagogue song. The following were recited responsively verse by verse: the Book of Psalms before the shaḥarit service, the Psalms of the Qabbalat Shabbat service, all or most of Hallel, the pesukei de-zimrah and, on the Sabbath, the yotzer benediction (during the summer months). Most of the piyyutim of the High Holy Days were performed in some kind of responsorial form, where the last verse of each strop he was usually chanted by the congregation. Rubrics in later editions of siddurim and maḥzorim to indicate the division of the liturgy between ḥazzan and qahal, testify to the continuity of responsorial singing (see image below). 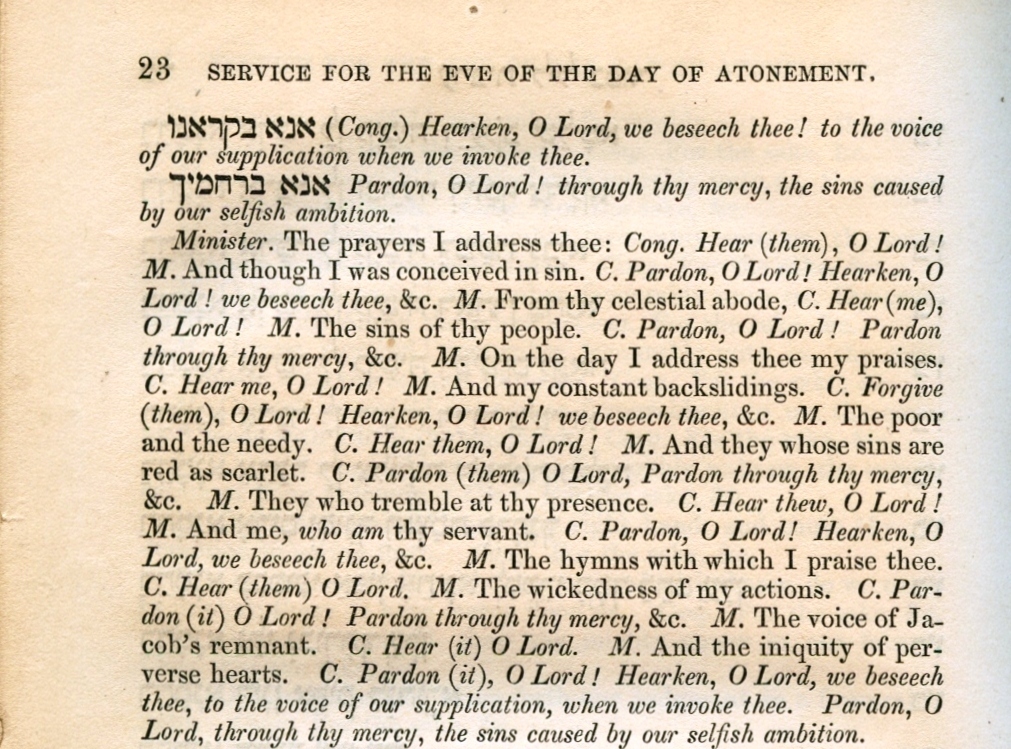 “Call and response,” “responsive,” or “responsorial” is a singing performance style in which a solo singer (leader) and a group of singers (congregation, choir) sing alternately...

Born in Hadera, Israel, where he performed as a cantor from a young age. He composed, orchestrated, and arranged many works for cantor and choir. One of Sobol's main projects was the...