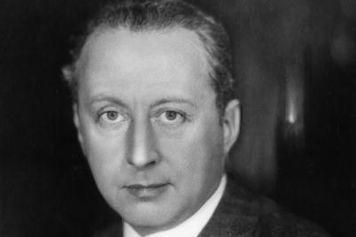 Jerome Kern was born on January 27, 1885 in New York City to parents Fanny and Henry Kern. Jerome was the oldest of nine children, of which only three survived. Kern began his musical career under the tutelage of his mother, who was a piano teacher. In 1902, Kern enrolled at the Normal College in New York to study music education. He also attended classes at the New York College of Music, studying piano, harmony and composition. That same year, he published his first song, "At the Casino" on the Lyceum Publishing Company label. In 1903, Kern traveled to Europe to study music in Heidelberg, Germany, eventually settling in London, where he began writing songs for British musical hall productions.

Returning to New York in 1905, Kern went to work for the Shapiro-Remich publishing house as a "song plugger." Through his work, he became acquainted with Max Dryfus, the director of T.B. Harms, the largest publishing company house on Tin Pan Alley. Dryfus hired Kern as a staff pianist, and gave him the opportunity to write songs for the company to publish. One of his first hits with Harms & Co. was the song, "How'd You Like to Spoon with Me," lyrics written by Edward Laska. The song was showcased in the Shuberts' Musical The Earl and the Girl, which opened on November 5, 1905. Between 1905 and 1912, Kern composed over 100 songs for a total of thirty musical theater shows.

In 1914, Kern had his first big Broadway success with the show The Girl from Utah. One of the songs Kern contributed to the show, "They Didn't Believe Me," sold nearly two million copies. From 1915 to 1919, Kern and partner Guy Bolton wrote music for a series of shows at Elizabeth Marbury's Princess Theater. In 1920, Kern was hired to compose music for Florenz Ziegfield's extravagant musical, Sally, for which he wrote several hits including, "Look for the Silver Lining," "Whippoorwill," and "Wild Rose."

From 1920 to 1927, Kern produced music for nine additional shows, among the most successful: Stepping Stones; Sunny; and Criss Cross. By far Kern's most celebrated musical was Show Boat, which premiered on December 27, 1927 at the Ziegfeld Theater.  Kern's hit songs from the musical include, "Ol' Man River," "Why Do I Love You," "Can't Help Lovin' That Man," and "Make Believe."  The musical was adapted to film three times, first in 1929, then in 1936 and finally in 1951. In 1954, the New York City Opera decided to add it to their standard repertory, marking it the first musical to be adopted by an opera company.

In the coming years, Kern wrote music for several popular shows including Sweet Adeline (1929), The Cat and the Fiddle (1931), and Music in the Air (1932). The success of Show Boat was hard to surpass, but in 1933, Kern produced another hit with the musical Roberta. The opening cast included musical theater greats such as Bob Hope, Sydney Greenstreet, and George Murphy. In the 1940's Kern moved to Hollywood to devote the rest of his career to writing music for films. He contributed the songs "The Last Time I Saw Paris" to Lady Be Good (1941), "Dearly Beloved" to You Were Never Lovelier (1942), and "Long Ago and Far Away" to Cover Girl (1944). Jerome Kern died in New York in 1945.

Jerome Kern was born on January 27, 1885 in New York City to parents Fanny and Henry Kern. Jerome was the oldest of nine children, of which only three survived. Kern began...

An attempt to demonstrate the deep layers of "JM" embedded in the popular American song by analyzing a plethora of examples showing the presence of innuendos,...

Sholom Secunda was born on August 23, 1894 in Alexandria, a small town in the Kherson province, to parents Abraham and Anna Secunda. He was the sixth of nine children born to the Secunda family...