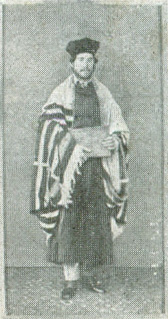 Jacob Bachmann was born in 1846 in Berdichev (today Ukraine). As a child he studied in a Yeshiva. He began his music studies in Moshe Pasternak’s choir at the local synagogue. When he was eighteen, Bachmann went to study at the St. Petersburg Conservatory under Anton Rubinstein, where he studied voice and musicianship. Bachmann developed a dramatic tenor voice and went on to perform concerts with Rubinstein. Despite these performances with Rubinstein, who was considered the "westerner of Russian music,"* Bachmann choose a career in cantorate. He began his career with short-term offices in Berdichev, Rostov and Constantinople, and later established his reputation in Lemberg (1868-1864), Odessa (1884-1885) and Budapest (1885-1905), where he finally settled.

Bachman composed collections of compositions for the synagogue. His musical style in these pieces was influenced by Rubinstein and employed western musical devices.

In his memoirs, Cantor Pinchas Minkowski relates the story of the “cantors’ battle” in Odessa between Joshua Abrass and Jacob Bachman, in which the Jewish community in Odessa was divided into two camps: the Pitsists (plural of Abrass’ nickname) and the Bachmanists. It can be found in Hebrew in: Minkowski, Pinchas. “Misefer Hayyai.” Reshumot 5 (1927): 145-160.

The cover of Bachman's Schirath Jacob 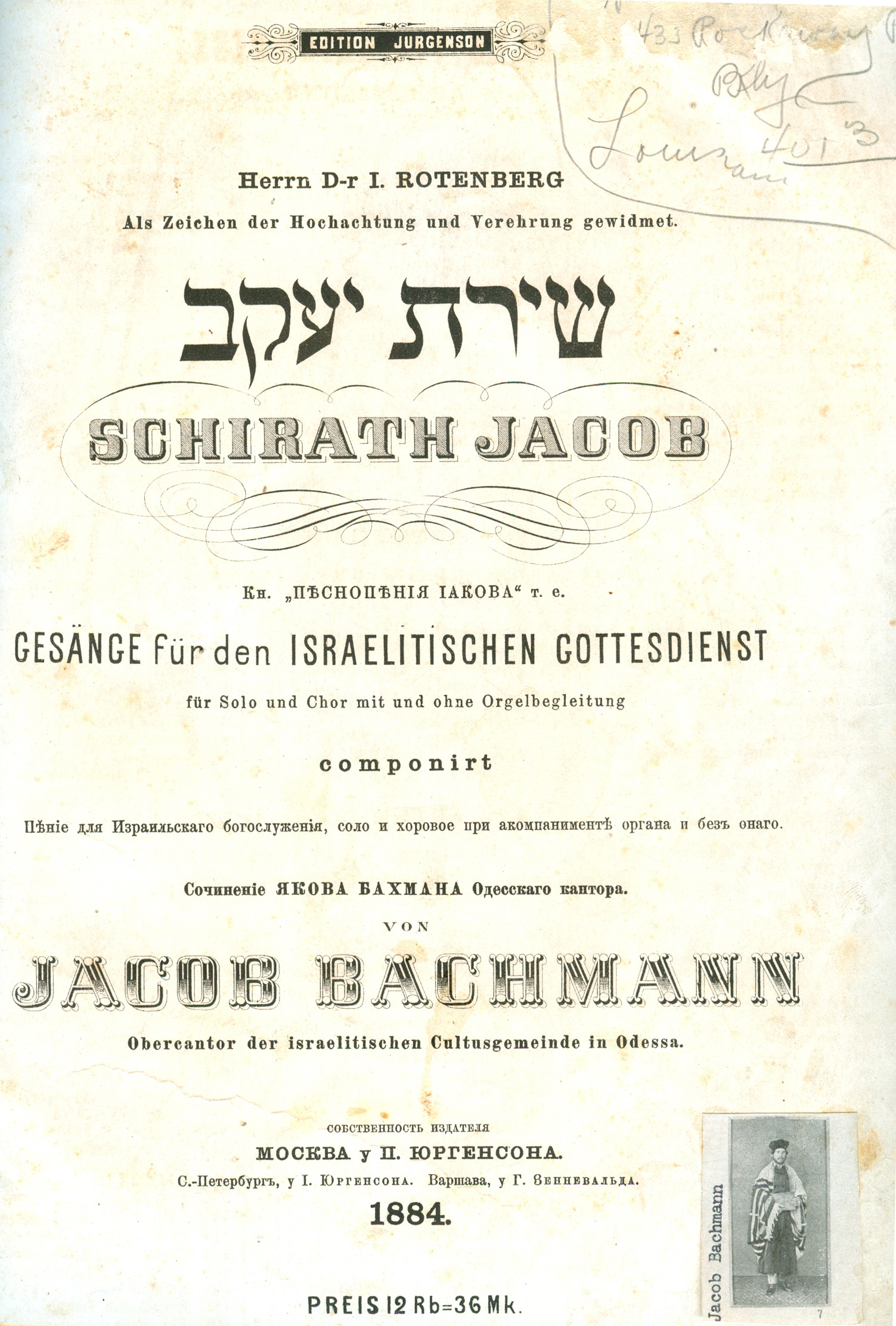