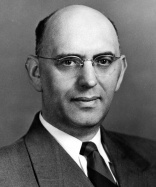 Hugo Adler was born in Antwerp, Belgium. He sang in the choir of Yossele Roenblatt in Hamburg, officiated as cantor in the Haupt-Synagoge in Mannheim, Germany (1921-1939), and studied composition with Ernst Toch. In 1939, he immigrated to the US, and there he officiated as cantor at Temple Emanuel in Worcester, Massachusetts from 1940 until his death in 1955.

While in Europe, Adler composed, among others, the cantatas Licht und Volk, a Maccabean cantata (performed in 1931), and Balak und Bileam (1934), which followed the Brechtian concept of Lehrstueck (learning-play). Additionally, he composed a Biblical oratorio, Akeddah (1938), whose premier was cancelled due to Kristallnacht. While in the US, he composed complete liturgies, many short pieces, and several cantatas on Judaic subjects, such as Jonah (1949). Adler replaced much of the 19th century liturgical music with new and modern musical settings. In 1942 he was awarded first prize by the Central Conference of American Rabbis for his liturgical settings.

Hugo Adler is the father of Samuel Adler, a highly renowned composer and educator.

See also: The story about Eric Mandell, his collection and the rediscovery of the music of Hugo Chaim Adler by Edwin Seroussi

The Hugo Chaim Adler Fund at the Hebrew University of Jerusalem

Information about the Fund that will be dedicated to the study, preservation, and publication of German Jewish liturgical music. Electronic wire transfer instructions for Donations.

Hugo Adler was born in Antwerp, Belgium. He sang in the choir of ...

Pinhas Jassinowsky was born in Romanovka, a small town outside of . Jassinowsky’s first exposure to Jewish...

Joshua Samuel Weisser (Pilderwasser) was born in 1888 in Novaya Ushitsa, Ukraine. As a child, Weisser was exposed to the tradition of Hassidic melodies and Hebrew zemirot through his father Aba...