Between Tradition and Modernity: The High Holy Days Melodies of Minhag Ashkenaz

כותרת:
Between Tradition and Modernity: The High Holy Days Melodies of Minhag Ashkenaz
50
Author
Geoffrey Goldberg
Publisher:
Jewish Music Research Centre - Hebrew University of Jerusalem
Material Type:
Books
Tradition:
Ashkenazi
Place of Publication:
Jerusalem
Year:
2019
Series:
Yuval Music Series
Volume:
12
Pages:
470
Languages:
English
Hebrew
Country / Area:
Eastern Europe
Description:
Between Tradition and Modernity: The High Holy Days Melodies of Minhag Ashkenaz According to Ḥazzan Maier Levi of Esslingen is volume 12 of the JMRC's Yuval Music Series. The new production comprises 179 liturgical pieces with extensive annotations and analyses for each selection by Dr. Geoffrey Goldberg. An extensive study on Maier Levi and his times as well as of the entire Southern German liturgical Jewish tradition round out the 470 pages of this book, making it one of the major publications undertaken in the field of the Ashkenazi liturgy.
We quote from the introduction to the book: “Maier Levi bequeathed to posterity a manuscript of musical scores, a ‘cantorial compendium,’ that must be regarded as one of the most significant transcriptions of the oral tradition of Ashkenazic ḥazzanut. More specifically, this compendium, even though not complete since its greater part only covers the High Holy Day services, nevertheless constitutes the most extensive and detailed transcription of the synagogue chant of the South German Jews. On this chant tradition Maier Levi clearly was an outstanding authority. In addition to the chants of the ḥazzan, the compendium frequently describes the wider liturgical and worship background, particularly the role of the congregation during the prayer services.”
Recordings of a selection from Maier Levi’s transcriptions, performed by Cantor Amnon Seelig (Mannheim), accompany this publication and are available for download below in .zip format. We also include here one of the two versions of the ancient poem Avinu Malkenu as a streaming sample. 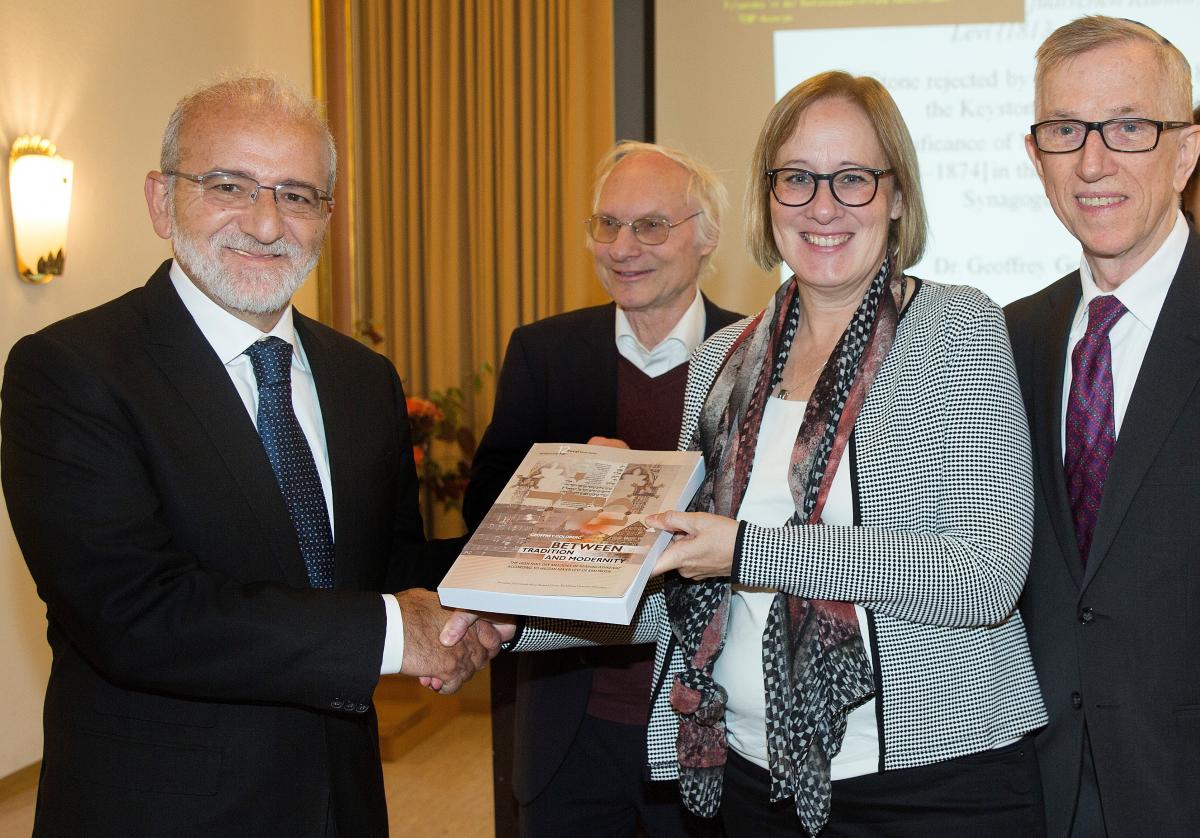 Presentation conference of the new JMRC publication, Between Tradition and Modernity:
The High Holy Days Melodies of Minhag Ashkenaz According to Hazzan Maier Levi of
Esslingen, at the historical Jewish Orphanage of Esslingen, November 10, 2019. From right to
left: Dr. Geoffrey Goldberg (author), Ms. Jutta Bogdahn-Klotz (Esslingen Cultural Office), Dr.
Georg Woetzer (Head of the Friends of Jewish Culture in Esslingen and organizer of the
event) and Prof. Edwin Seroussi.
Attachments: 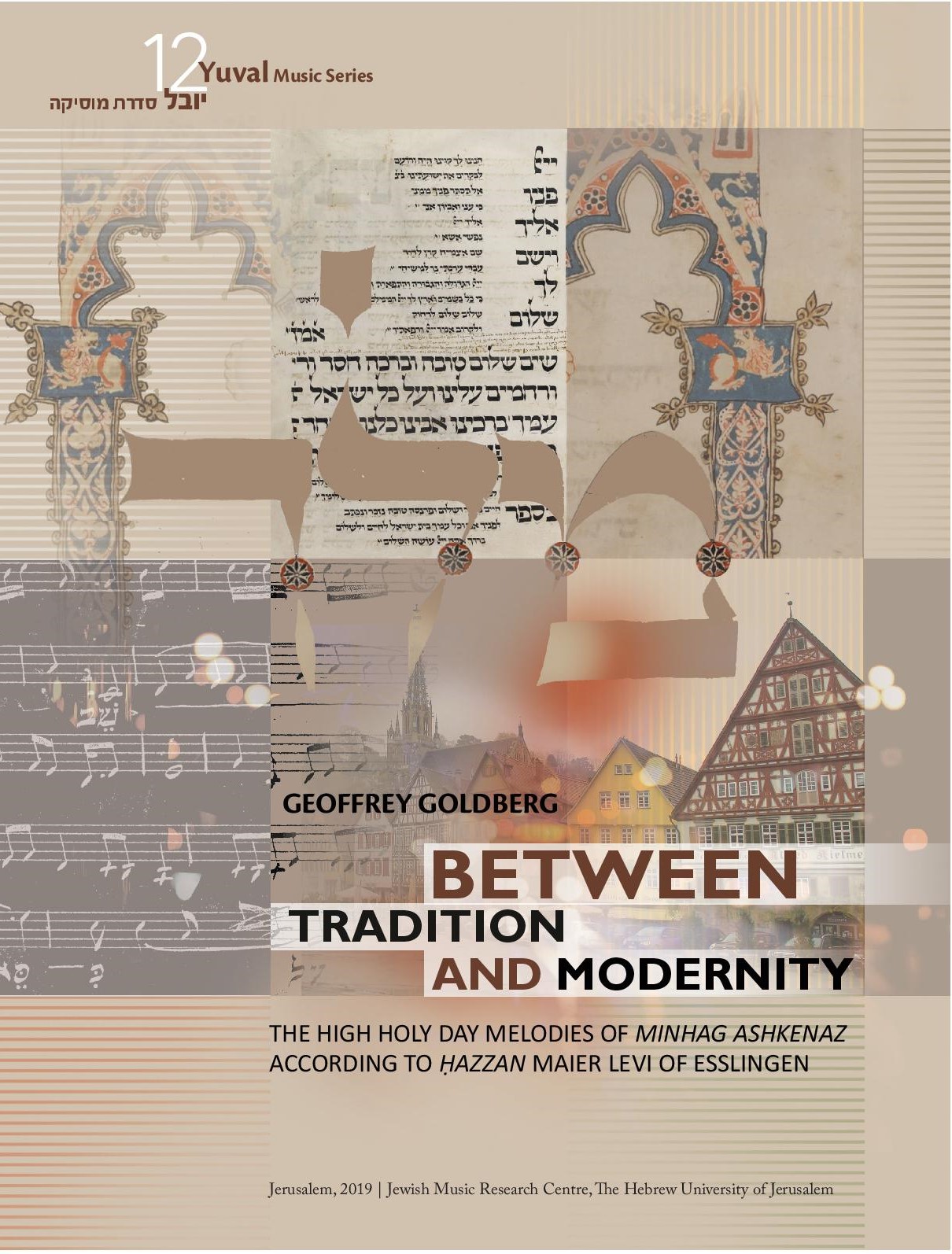 80 Recitatives for Shabbath and Festivals