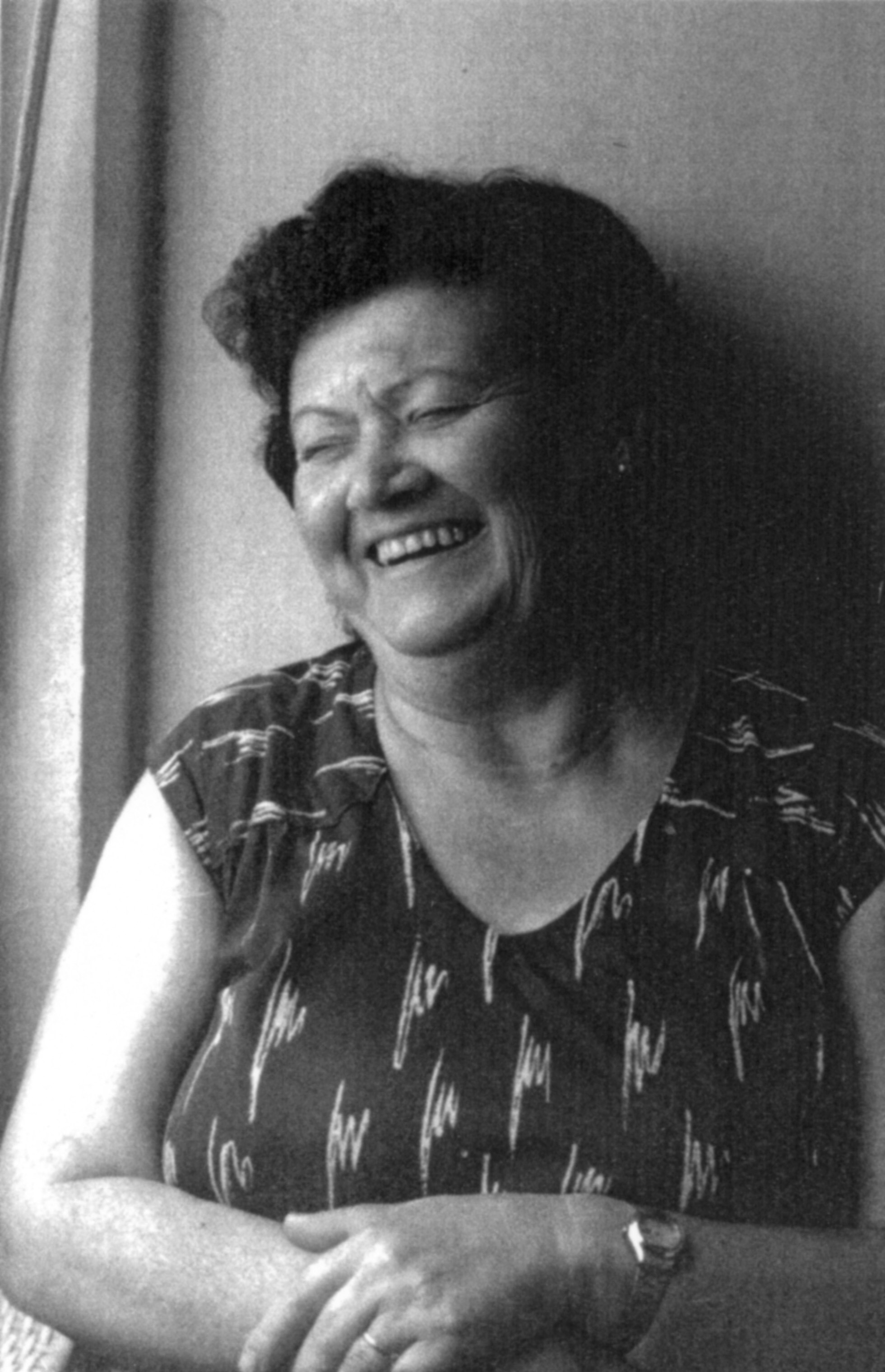 The Jewish Music Research Centre of the Hebrew University of Jerusalem mourns the passing of Moroccan Jewish folk singer Alicia (Benassayag) Bendayan on Friday, June 11, 2021, just weeks before her 99th birthday on June 29. Throughout Alicia’s long life, she treasured within her memory the Judeo-Spanish songs of the North Moroccan Sephardic community, playing a substantial role in the documentation of this repertoire during an impressive period spanning seventy years.

Alicia will be remembered for her extraordinary memory and her pleasant singing voice, which can be heard throughout the vast recorded collection of her performances, located at the sound archives of the National Library of Israel [NLI] and the Maale Adumim Institute. During the 2020 pandemic, Edwin Seroussi and I were privileged to meet with Alicia on Zoom in relation to my research concerning her life and repertoire. At the age of 98 years, she displayed a bright intelligence and clarity of mind, qualities familiar to the many researchers who visited her before us.

Alicia was born in Tetuan [Tetouan], Morocco on June 29, 1922 to Estrella ben Maman and Yehuda Benassayag. Alicia’s father worked as a pregonero (town crier) within the Jewish community, announcing daily calls to prayer within the streets of the Jewish Quarter. During her youth, she was surrounded by the women’s songs of the Jewish community of Tetuan. Romances (ballads) were often sung as canciones de cuna, or lullabies, while endechas (mourning songs), wedding songs, and coplas would accompany holidays and life-cycle rituals. Alicia did not perform these songs publicly. Rather, this repertoire remained part of the fabric of familial and communal life, transmitted to younger generations through oral tradition.

Alicia learned much of this repertoire from the female figures in her life, such as her grandmothers and aunts, as women were primary bearers of this lore. Ethnomusicologist Susana Weich-Shahak of the JMRC, who held a long-standing relationship with Alicia beginning in the early 1980’s, noted that Alicia was a rare singer from her region due to the fact that she did not rely on an aiding tool, such as a notebook, to recall the songs she performed. Instead, to the great admiration of her listeners, she possessed the ability to perform even long ballads entirely from memory, displaying an unusual degree of consistency between performances.

Already in the early 1950’s, Alicia was sought out in Tetuan by scholars and collectors of Judeo-Spanish song. During this period, she sang romances, coplas, wedding songs, and endechas for philologist Manuel Alvar, musicologist Arcadio de Larrea Palacín, and ethnomusicologist Henrietta Yurchenco. Her performances from this era were documented in scholarly works on the Judeo-Spanish song from Morocco, by both Alvar (1969; 1971) and Larrea (1952; 1954). The original 1956 tapes conducted by Yurchenco, housed at the NLI, provide a rare glimpse of Alicia performing during her youth, before her family was uprooted to Israel. Selections from these tapes also appeared on commercial recordings, such as the important Folkways release, Ballads, Wedding Songs, and Piyyutim of the Sephardic Jews of Tetuan and Tangier, Morocco (1983).

Alicia’s adult life was spent in Israel, after fleeing the challenging environment for Jews that had developed in Morocco since the end of the Spanish Protectorate in 1956. Alicia, her husband, and their four children arrived in Israel in 1962 and settled in Ashkelon. Due to pressures toward homogenization under a burgeoning Israeli national culture, the Judeo-Spanish songs of Alicia’s youth were not passed on to later generations. In the midst of these societal changes, Alicia’s dedication to the memory of the songs of her youth can be observed through the vast collection of recordings from this latter period.

Alicia’s reputation as an excellent singer of Judeo-Spanish song once again led scholars and folklorists to her home in Ashkelon from the early 1980’s onward. Recordings and interviews of Alicia were conducted by figures such as Moshe Shaul and Gladys Pimienta (Kol Israel Radio), Susana Weich-Shahak, Judith R. Cohen, and the late Nina Pinto-Abecasis. These meetings with Alicia resulted in countless publications pertaining to the songs, stories, customs, and rituals of the Jews of Tetuan, such as Pinto-Abecasis (2014), and Pimienta (2019). Weich-Shahak’s recordings and scholarly publications are especially prolific (see 1989; 1997; 1995; 2001; among others). Selected Weich-Shahak recordings of Alicia can be heard on the JMRC release, Judeo-Spanish Moroccan Songs for the Life Cycle (1989).

Alicia’s lifetime of dedicated remembrance has provided a broad base of invaluable knowledge regarding the Jewish communities of North Morocco, including their rich musical lore. It has truly been an honor to study the life and vast repertoire of this remarkable individual. More details regarding Alicia’s biography, including an in-depth analysis of her recorded collections, are included in my forthcoming study.

Pinto-Abecasis, Nina. The peacock, the ironed man and the half-woman. Nicknames, humor and folklore in the day-to-day speech of Tetouan’s Haketia-speaking Jews. Jerusalem: Ben-Zvi Institute, 2014. (In Hebrew)

אמנות שירת הנשים במרוקו
The Language of the Heart: Encounters between Jewish and Moslem Musicians in Morocco and Spain