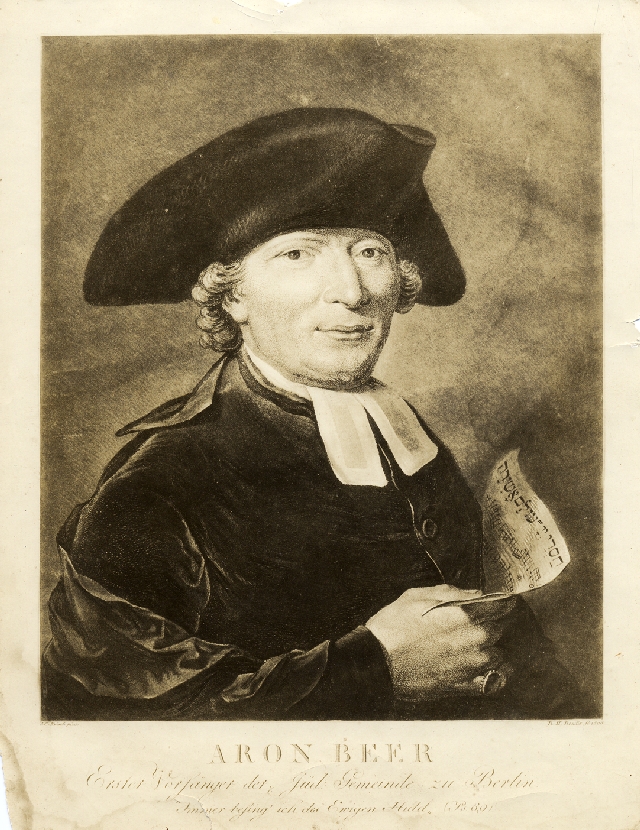 Aaron Beer was born in Bamberg, Bavaria in 1739. He held his first cantorial post at the Paderborn congregation. Beer was known for the extraordinarily wide range of his tenor voice. At the age of 26 he moved on to the position of head hazzan of the Heidereutergasse Synagogue in Berlin, and continued to work there until his death in 1821. During his time in Berlin, he gathered and ordered compositions of his contemporaries, along with his original works, into a collection of over 1,200 pieces for use in the Synagogue. Beer was known for using a varying body of tunes in order to discourage congregational participation. On the title page of his collection of 447 festival melodies compiled for personal use he writes, "If a person hear a tune but once a year, it will be impossible for him to sing with the cantor during the service, and therefore he will not be able to confuse the chazzan." This collection was passed on to each of Beer's successors, finally making it to cantor Eduard Birnbaum who donated it to the library of Hebrew Union College in Cincinnati, where it remains today.