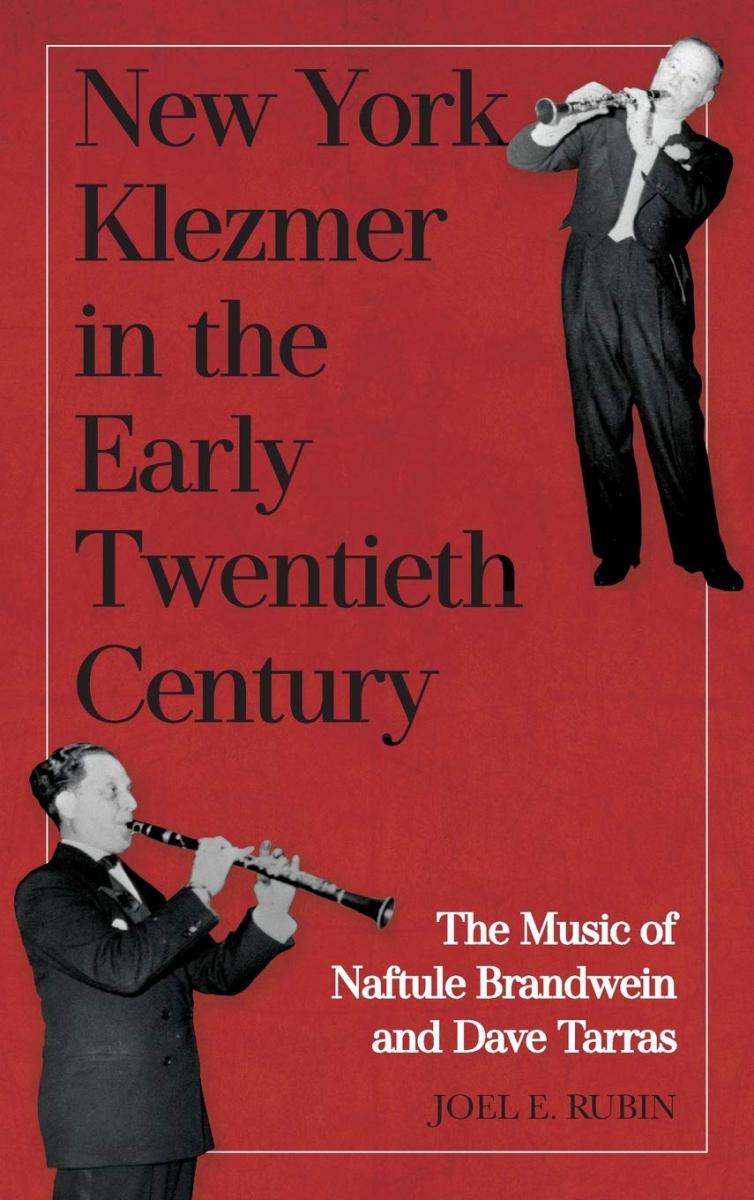 New York Klezmer in the Early Twentieth Century completes an American klezmer trilogy of sorts, alongside Hankus Netsky’s Klezmer: Music and Community in Twentieth Century Jewish Philadelphia (2015) and Walter Zev Feldman’s Klezmer: Music, History, and Memory (2016). Like those books, New York Klezmer presents the long-gestating work of a major klezmer musician whose performing career also served as a gateway to scholarly achievement. Similarly, Rubin’s study relies heavily on minute musical detail—including intricate discussions of form and style—to provide insight into a historical era. And like these others, New York Klezmer ultimately presents a major statement that both caps and characterizes a distinctive period of klezmer scholarship.

The methods and corpus of material upon which Rubin and his contemporary researchers relies came about through a generational overlap between aging players and enthusiastic young musicians starting around the 1970s. Beginning with an archive of 78 rpm recordings, the field gained depth as musicians conducted oral histories, engaged in collective documentation projects, prepared historically informed and creative performances, and organized a network of annual conventions such as KlezKamp. Rubin’s study represents a kind of bookend to these activities, which now have nostalgic tinge themselves. The original old musicians have since passed on, some of the first generation of young "revival" musicians are retiring (Rubin just announced his), and diverse new populations are reinventing the parameters and dynamics of Yiddish music performance-scholarship.

Rubin's book allows the reader to re-experience the headiness of this active and (now) fabled era: in forty years of analyzing the melodic lines of two clarinetists, in eighty-three recordings over a seven-year slice of history, Rubin evinces no loss of exuberance. As he explores nearly every note recorded by people who have become revered as masters of instrumental klezmer music in the 1920s, he embraces the idea that canonical figures can define a musical style, and that a ready community will receive and debate his ideas with a deep sense of mission. Beyond Rubin’s larger claims of the era’s shift from breath-based ornamentation to polished technique, beyond his intricate classification systems, and beyond his efforts to identify a “style” from these recordings, then, the book is an exercise in honoring progenitors and, in a fascinating but well-earned calculus, reinforcing the archive of klezmer research that Rubin and his colleagues have cultivated over their performing and scholarly careers.

Which may explain why his book, which started as a dissertation, tends to read like a better-written dissertation. Rubin writes engagingly and clearly throughout, taking the reader through his intricate system of ideas with methodical precision. Yet especially in the first two chapters, the book mainly traverses a list-like roadmap of the secondary literature, presenting a couple of paragraphs each on numerous aspects of klezmer history and performance alongside confirmatory excerpts from Rubin's own interviews. His focus on the (documented) scene in America, which Rubin contrast with the (sporadically documented) scene in nineteenth century Eastern Europe, retains the internal logic of klezmer as a longstanding tradition: a premise that needs additional scholarship before the mid-late nineteenth century, but a necessary part of the klezmer discourse, and used here as foundation for amplifying Rubin’s later stylistic discussions. The net result synthesizes an expansive collective of artists, employers and venues, adding detail to familiar territory that rests upon several layers of memory and practice.

The core of the book begins in Chapter 3, where Rubin turns to a set of recordings by clarinetists Naftule Brandwein and Dave Tarras as the basis of his study. Continuing his broad discussion—perhaps because of the status of recordings as the field’s core primary resource—he offers background on the general history of Jewish-interest instrumental records in the early twentieth century. Along the way, Rubin adds new detail, and suggests stylistic periods that emerged as a result of marketing, technological innovation, changing repertoire, and audience interest. Rubin is realistic about the fragmentary nature of the recordings, and their unreliability as a comprehensive reflection of the era’s robust musical activity. Nonetheless, seeing them as perhaps the best available materials for determining the period’s musical practices, he forges ahead.

And so Rubin enters a precarious balancing act: trying to massage a slippery and imperfect set of materials into a similarly imperfect statement about genre and style. Rubin employs strategies that help him gain a foothold, using a linguistic theoretical framework (drawn on Benjamin Harshav’s) that allows him to view the genre as a common mode of expression with its own variations across Jewish communities, limiting his analysis to melodic material, overlapping discussions of personal style and general style (137), and connecting with similar approaches from the field of ethnomusicology (especially Jeff Todd Titon’s work on early blues recordings and Timothy Rice and Ali Jihad Racy’s efforts to theorize Bulgarian and Arabic music performances respectively). While his framing discussions show some age by overlooking the recently active field of world music analysis spearheaded by Michael Tenzer and others, his discussion’s implicit connections to that literature and its scholarly questions maintain a sense of contemporary relevance.

Does it work? On the narrow terms that Rubin has set out for himself—one chapter on mode and form, and the other on ornamentation—yes, spectacularly. After 125 pages of a tightly choreographed journey with detailed explanations and diagrams, I felt I knew the ins and outs of these recordings better than I knew some of my relatives. Although I have valued Rubin as a colleague for over twenty years, and have never picked up a clarinet, his book gave me deep insight into what it has meant for him to “think in klezmer” (to paraphrase Paul Berliner, who Rubin also cites) as both an analyst and as a master of the genre. Rubin’s conclusions can seem wonky—especially his discussions of which modal interactions seem more characteristic than others, and which two idiomatic ornaments seemed more common among immigrant generations—but he honestly and effectively earns them. Loosen any of the relatively rigid terms that Rubin imposes on this material, such as adding the other instruments into the mix, and the discussion might have begun to lose focus and power. But that’s not the point: Rubin’s analysis, including his several classification systems and innumerable illustrations, is exemplary not just as a theoretical study, but as a historical document illustrating the motivations behind such study for a performer trying to come to terms with ideas of Jewish musical inheritance at the end of the twentieth century.

Rubin concludes with the argument that in subsequent decades, instrumental klezmer music shifted to emphasize nostalgia and sophisticated technique as contemporary audiences found themselves increasingly removed from their immigrant origins. One can say the same about Rubin’s book, which includes over a hundred pages of copious endnotes in addition to a glossary, bibliography, and index. It richly reflects an era of collection and scholarship that is shifting to the rear mirror, and solidifies Rubin’s decades-long career, methods, and thinking as a klezmer tradition-bearer. The new era has brought vocalists more centrally into studies of Yiddish music, and along with it more complex perceptions of gender; and it has looked more intensively into contemporary Yiddish music scenes (work that Rubin has done as well), and the meaning of nostalgia and belonging to the field’s central activities. But this book, in its steadfast all-in approach to defining musical style, stands beside Netsky, Feldman, and Mark Slobin’s work as a classic of its discipline, further reinforcing the foundation from which the field continues to move forward.

"For the lead player, on stringed instruments, a psalm, a song”; Rabbi Yosef Kaphach's reply on the book of Psalms in the Musical Tradition of Yemenite Jews

When Meir Geshuri inquired Rabbi Yosef Kaphach about the practice of biblical tropes and psalmodies in the Yemenite Jewish musical tradition, the latter replied (on July 23, 1953) in a long letter where he uncovered the history of biblical tropes in Yemen, the ancient tradition of Torah reading preceding the tropes, reading practices of the Prophets, Psalms and other books, in addition to various Halachic issues and the history of instruments in the Yemenite Jewish musical tradition.  Kaphach concluded his letter calling to further the study of this music. The article studies Kaphach’s reply while consulting adjacent primary and secondary sources that shed new light on his historical and Halachic accounts.