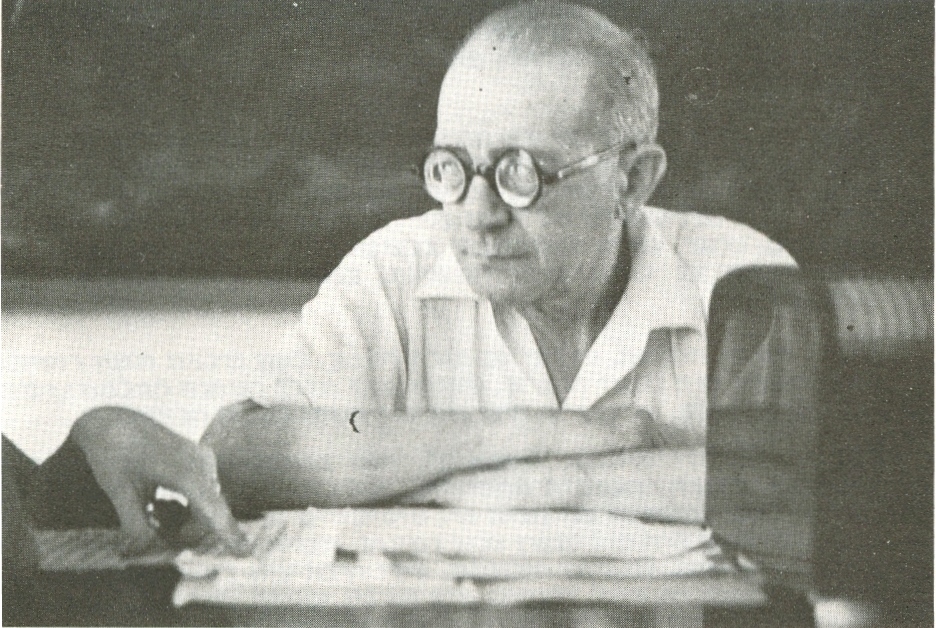 Yitzhak Edel was born in in 1896 to a Hassidic family. His grandfather, a Hassidic scholar, took responsibility for his education, and when Edel’s parents moved to Rovna, he went to live with his grandfather. In his grandfather’s house, Edel received a Jewish education, but he was also exposed to music while participating in singing gatherings hosted by his grandfather. When he was still a child, Edel received a violin. He taught himself to play, practicing by playing songs he sang at his grandfather's gatherings. The writer Y. Trunk heard Edel, and took him to the house of writer Y.L. Peretz. There Edel played for Peretz and for a famous violinist from who was impressed by his playing. Trunk proceeded to buy young Edel a new violin, and he started receiving lessons from the violinist in Peretz’s house. His grandfather did not approve of Edel's new path as a musician, but he ultimately gave in.

Upon his grandfather’s death, young Edel moved to Rovna to live with his parents. Like his grandfather, his parents did not approve of Edel's musical life. After a short period in Rovna, Edel, eager to study music seriously in a proper conservatory, decided to move to .

In , Edel enrolled to the  Conservatory. He started with the violin, but became more and more attracted to the fields of theory and composition. Under the pressures of the Bolshevik revolution and WWI, life in was hard, and Edel struggled to sustain himself. Due to financial difficulties, Edel accepted a music teaching job in an elementary school in 1929, and during the same period he also formed a choir. Though he did not plan on it, at this moment Edel began his educational career.

In 1920, after one year of teaching, Edel moved to , where he stayed for two years. In Moscow Edel witnessed the persecution of the Hebrew language by the communist regime, especially in the case of Habimah Theater. He also became acquainted with the works of the Society for Jewish folk Music which were based mainly in . These experiences would later lead him to deal with Jewish nationalistic issues through music and the arts.

In 1922, Edel returned to  1922-1927. He studied theory and composition in the Royal Academy of Music, 's foremost musical institute of the time. Aside from his studies, Edel engaged in both educational work and in musical initiatives. He worked in the Janosz Korcak orphanage for three years, an experience that influenced his educational thought. Beside Korcak, he taught in Yehudiya, a Zionist school for girls, in , and formed a choir of the 'Hashomer Hatsa'ir' movment of . His main musical activity involved establishing The Company for Jewish Music, after the model of the Society for Jewish Folk Music. The company held concerts of Jewish music and thus exposed the works of Jewish composers to 's Jewish community.

In 1929, Edel immigrated to and settled in Tel Aviv. During his first year of life in Israel, Edel became acquainted with important figures of Israel's music and cultural life, such as Mordechai Golinkin, Solomon Rosowsky and Prof. David Shor, with whom he worked for a short period, and also with H.N. Bialik, for whom he composed several poems. After this period, Edel started working in Levinsky Teachers Seminary, where he would remain for 26 years, from 1929 to 1965. In the seminary, he formed a choir of 120 girls. Despite the fact that the girls in the choir were replaced every year, Edel managed to sustain a high performance level. He also taught in the school next to the seminary, a place where, as Edel relates, he could conduct his educational researches. Other jobs Edel held in included: music criticism; secretary of the Composers League; teaching in Kibbutzim Seminary, and conservatory; teaching youth in Tel Aviv, and offering courses through mail to young musicians in various Kibbutzim.

Relying upon his wide experience in music and education, Edel published books and articles concerning music and musical education in , and formed an educational method.

Despite his involvement in 's music scene, as a composer Edel remained European. He drew deeply on the themes of Jewish music from Eastern Europe, although he combined it with the Eretz-Israeli music he found in , which was connected to what were considered 'oriental' themes. In his compositional style he always remained connected to Western harmony. His music is simple and retains the ideal of communicating with the listener. Edel’s works include vocal repertoire (cantatas and songs), and chamber and orchestral music.

Many of Edel's songs were written due to the lack of songs with Jewish nationalistic themes, and due to his will to perform these songs with his choir. First, he had tried to gather songs by Jewish musicians and Hebrew poets. Since the quantity did not suffice him, he composed his own nationalistic songs, based on the Bible and on Hebrew poetry. Many of these songs are 'children's songs' set to the texts of Hebrew poets, particularly Bialik.

Edel has received several prizes for his works, including the Engel prize and the prize.

Picture is taken from the book "Edel: His Doctrine on Education and Music."

Listen to Edel's songs in Zemereshet.

Yitzhak Edel was born in in 1896 to a Hassidic family. His grandfather, a Hassidic scholar, took...