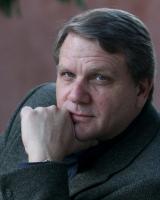 A selection from his biography on the Jerusalem Academy of Music and Dance website:

"President of the Jerusalem Academy of Music and Dance, Yinam Leef (Born in Jerusalem in 1953) is one of the most prominent and active composers in Israel today. He grew up in a cultural melting pot, where East meets West, old and new coexist. He studied piano and violin and his childhood musical influences include classical music, jazz, and the unique mixture of Jewish prayers, the chant of the Moazzin and the Old City's church bells.

His first published composition, Gilgulim for woodwind trio, was a set of variations on a melody of the Jews of Iraq, and pointed on an artistic direction that combines local and universal musical elements. In 1979, after completing his studies at the Jerusalem Academy of Music, he went to study in the USA. Generous scholarships and grants enabled him to complete his Doctorate in Composition at the University of Pennsylvania, Philadelphia and participate as a Fellow in the summer sessions of the Composers Conference in Vermont, Yale at Norfolk and Tanglewood.

Leef is a professor of Composition and was Dean of Faculty of Composition, Conducting and Music Education at the Jerusalem Academy of Music and Dance, where he has taught since 1985. He was Guest Composer at numerous institutions, including the Berlin Hochschule fur Musik und Theatre, Maastricht Konservatorium, California's Stanford University and the University of Pennsylvania."

The full biography can be found here.