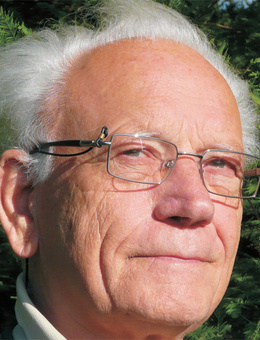 Walter Salmen was born in 1926, in Paderborn, Germany.

After retiring in 1992, he moved to Kirchzarten near Freiburg i.Br. The University of Freiburg appointed him an honorary professor.

In 1994, the state of Tyrol awarded him the Cross of Merit for his services to cultural politics and science in the state.

In more than 40 books, as the initiator and editor of series of publications, in conference reports at the specialist conferences he regularly organizes, and in his essays, he was always concerned with the entire spectrum of effects of music. His technical understanding was shaped by an interdisciplinary, especially socio-historical perspective. He is one of the ancestors of musical iconography, one of the founding members of the RIdIM (Répertoire International d'Iconographie musicale) research group, of which he was elected an honorary member in 2012, and of dance studies.

His publications on the life and work of the last conductor, King Friedrich II of Prussia, Johann Friedrich Reichardt, run through his entire oeuvre. Right up to the end he never tired of directing interest to this personality, whose importance as a composer, reflective critical observer, and co-creator of the cultural-political turn after the French Revolution is misunderstood.

Walter Salmen died unexpectedly in 2013, after a short illness in Freiburg i.Br.

Born in Danzig, Germany, Avenary attended the universities of Leipzig, Munich, Frankfurt, and Koenigsberg (Kaliningrad), and received his PhD from Koenigsberg University. In 1936 he...

Musician, conductor and musicologist Alfred Sendrey was born in 1884 in Budapest, Hungary. He received his formal musical education at the Academy of Music in Budapest. After completing his...