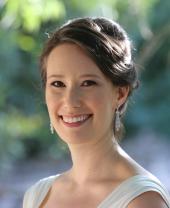 Dr. Tanya Sermer is a Lady Davis Post-Doctoral Fellow in musicology at the Hebrew University of Jerusalem. She received her B.Mus. from McGill University in piano performance and her Ph.D. in musicology and ethnomusicology at the Eastman School of Music in Rochester, New York. Tanya conducts ethnographic research in which she investigates the politics of music and sound in the public sphere of Jerusalem, including the role of music in nation-building, protest, conflict, gender politics, and the production of space. She plays piano, guitar, oud, and Middle Eastern percussion, and has worked as an instructor, performer, and cantor throughout Israel, Canada, and the United States.