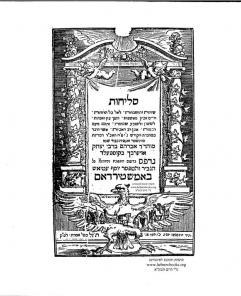 In the singular form Seliha means a piyut of pleading for forgiveness for one's sins that appears in various prayers and services. The Seliha does not have a fixed form, and the themes that it deals with, are not exclusive to it. Sources of Seliha piyyutim can be found from the time of the pre-classical piyyut in the Land-of-Israel (3rd-5th centuries C.E.). The Seliha genre blossomed during the golden age of the Jews in Spain during which many were written and their style developed.[1] Among the poets who wrote Seliha's are Sa'adyah Gaon, Gershom b. Judah, Rashi, Solomon ibn Gabirol, Isaac Ibn Giat, Yehuda Halevi, and Moshe Ibn Ezra.[2] A famous example of a Seliha is the ancient piyyut, Adon Haselihot.

In the plural form Selihot stands for a prayer service in which the participants ask for forgiveness for their sins, by singing and reciting piyutim (mainly Seliha piyutim) and prayers requesting forgiveness for the sins of the Children of Israel.

The service is performed on fasts as well as on the days leading up to Yom Kippur, and these differ among the various Jewish communities. The Ashkenazi communities begin performing the service on the Saturday eve of the week of Rosh Hashana, unless Rosh Hashanah happens on a Monday or a Tuesday,  leaving less than four days of Selihot before Rosh Hashana. In that case they start it on Saturday eve of the week before. The month of Elul is considered by tradition as a month of personal Heshbon Nefesh [self-reflection] on the passing year. Sephardic and oriental Jews maintain the tradition of reciting Selihot during this month, most communities during the whole month (Yemenites recite it for half of the month).

"Each Jewish community developed a specific mode of Selihot and its own textual compilation. However, the core of all the traditions is the recitation of the Thirteen Attributes of God revealed to Moses (Exodus 34:6-7), a passage known as Seder Seliha, 'rite of forgiveness.'"[3]

The Selihot service is performed at night. In the Sephardic communities, the Selihot are recited early in the morning, before dawn. In Ashkenazi communities, the first service on Saturday eve is recited at midnight, and during the other days it is recited just before the Shaharit prayer, adding about 45 minutes to the prayer. 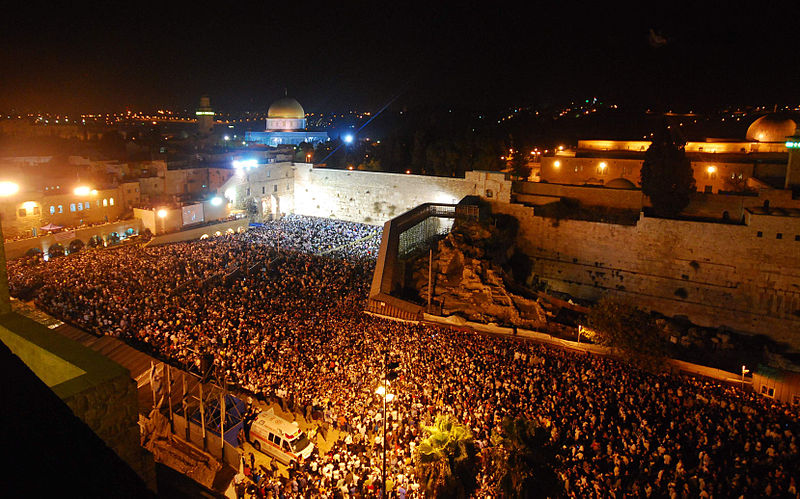 Selihot Tradition at the Western Wall in Jerusalem

Origin of the Selihot Service

The practice of Selihot already existed in Talmudic times. The first time an order of Selihot is mentioned is in the book Tana de-vei Eliyahu.[4]

Most Jewish communities have their own compilations of Selihot compilations. The main difference between the Ashkenazi and Sephardic Selihot orders are that the Ashkenazim sing different piyyutim on each day of the Selihot in addition to the fixed prayers. The Sephardic communities, in general, use the same piyutim for each day.

One of the most complete and ancient Sephardic Selihot compilations (Seder) is called Siftei Renanot. "Originating with Isaac Ibn Ghayyat (Lucena, Al-Andalus, 1038-1089), a halakhic authority, Biblical commentator and poet, this Iberian order of selihot remained in continuous use in the communities of Tripoli (Lybia) and Djerba (Tunisia) exclusively after the 16th century. The maintenance of this tradition is attested by the continuous printing of Siftei Renanot from its first edition (Venice, 1648) and later on in Djerba and Libya from the 17th to the mid-20th century."[5]

The uniqueness of Siftei Renanot resides in that it provides a different set of poems for the ritual of each Monday, Thursday, and Sabbath within the forty day period of Selihot. All of these poems are sung to a limited set of about twenty basic melodies, called Lehanim, each of which is adapted to various different songs. For further reading about Siftei Renanot, see here.

One of the most assiduously used lehanim (melodies) in the Siftei Renanot traditions is “Ezri yavo” (“My rescuer shall come”). The recording is the basic lahan according to the Tripolitanian tradition (performed by cantor Refael Hayyun; excerpt from the instructional CD Seder Siftei renanot, produced by Or Shalom: Organization for the Preservation and Diffusion of the Heritage of the Libyan Jews, 2007).

Adon Mo'ed Ketikah- a Seliha by Rabbi Yosef Bar Yitzhak of Orleans who is Rabbi Yosef Bekhor Shor according most of the researchers. From the Ashkenazi Selihot for Rosh Hashanah. The recording includes the last part of the Seliha in the tradition of Breslov Hassidim. Recorded by Andre Hajdu, Jreusalem, 1979. NSA YC1463.

See text in a Seder Selihot of the Lithuanian tradition.

In the singular form Seliha means a...

Collection of original compositions and arrangements for the Shabbat Morning Service.