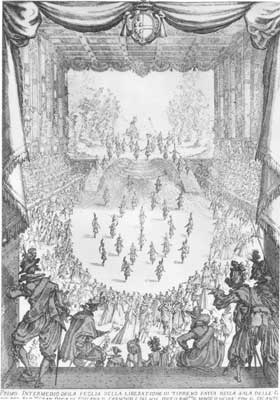 Though much ink has been spilled reviewing the vast musical contribution of Jewish-Italian composer Salamone de Rossi, not much is known about his life. The little information that we do know has been gleaned from references to salary payments from the Mantuan Court, letters from two successive dukes releasing Salamone de Rossi from the obligation to wear a yellow badge, and references to his participation in the Hebrew theater. His approximate year of birth is assumed to be 1570. Some scholars have speculated that Salamone de Rossi was the son of renowned Jewish historian Azariah de’ Rossi, but this seems unlikely in light of Azariah’s claim in his Meor enayim (Mantua, 1573) that he had no surviving son.

Rossi entered the service of Duke Vincenzo I in 1587, first as a singer and as a violist and then as the leader of an ensemble comprised mostly of Jewish musicians. While his first two works are dedicated to Duke Vincenzo Gonzaga and his third to Marquis of Pallazuolo, a prominent member of the Mantuan court, it should not be assumed that Rossi enjoyed permanent office with the Gonzaga musical establishment. Rossi was employed and paid by the court on an individual basis for his performances at court events and for his vocal and instrumental compositions. Although it seems that Rossi was highly regarded by Vincenzo, demonstrated by his ducal decree to release Rossi from wearing a yellow badge, he had no hope of attaining permanent court employment, a privilege almost exclusively reserved for Christian musicians.

Rossi’s network of patrons extended beyond the Mantuan court to include Paolo Adreasi (Count of Rhodes), Fredrico Rossi (Count of San Secundo), and Alessandro Pico (Prince of Mirandola). These figures were comparatively marginal in their power and influence and could only offer Rossi temporary employment and an occasional commission. Aside from Rossi’s Christian patrioni, he did seek support and protection from two prominent Jewish figures in Mantua: Moses Sullam and Rabbi Leone da Modena. Sullam provided Rossi with financial support, and Leone da Modena offered rabbinical guidance and protection. Rossi was also heavily entrenched in Mantuan theatrical life, specifically through his involvement with Jewish theater troupes active in the Jewish ghetto, as well as in Christian communities and in the court.

It is postulated that Rossi’s involvement with the theater served as one of his principle sources of professional connections. This theory is partially substantiated by a letter from Carlo Rossi to the duke on February 27, 1608 reporting Salamone's appointment as composer of the incidental music for Guarini’s comedy L’idropica, staged as part of the festivities in honor of Francesco Gonzaga’s marriage to Marguerite of Savoy.

Salamone de Rossi also took great interest in liturgical music composition. He called upon Leone da Modena’s rabbinic authority and sway to grant legitimacy to his proposed reforms of synagogue music. He wanted to introduce polyphony into the synagogue service, representing a significant break from traditional monophonic melodies for liturgy and the reading of scriptures. He utilized the style of polyphonic counterpoint prevalent in Italian art music as the base for these new settings. Rabbi da Modena issued a responsum in 1605 on the legitimacy of introducing polyphony into the synagogue service, without which Rossi likely would not have been able to continue his reforms of liturgical music.

Rossi’s work culminated in a collection of 33 polyphonic settings of Hebrew psalms, hymns and synagogue songs titled Ha-Shirim Asher li-Shelomo (1622-3), edited by Rabbi da Modena. Rossi’s work attracted much attention in the emerging study of Jewish art music and Jewish music history among intellectuals of Central and Western Europe in the 19th century. Wolf Jellinek, a preacher at the Leopoldstäster Temple in Vienna, was the first to review Rossi’s work in a short piece published in 1861 in Ben Chananja, a periodical devoted to Jewish theology edited and published by Leopold Löw, Rabbi of Szegedin (Hungary). Following this publication, Parisian cantor and composer Samuel Naumbourg became increasingly interested in Salamone de Rossi’s Ha-Shirim Asher li-Shelomo. Naumbourg went to great lengths to collect all of the parts of Rossi’s score, which were scattered in several libraries throughout Western Europe. Once the entire score was in his possession, Naumbourg edited the material and released 30 of the 33 original pieces along with a selection of Rossi’s madrigals under the title Cantiques de Salamon Rossi. Following Naumbourg’s publication, Rossi’s Ha-Shirim Asher li-Shelomo experienced renewed popularity in synagogues throughout Western Europe and in the United States.

Though much ink has been spilled reviewing the vast musical contribution of Jewish-Italian composer Salamone de Rossi, not much is known about his life. The little information that we do know...