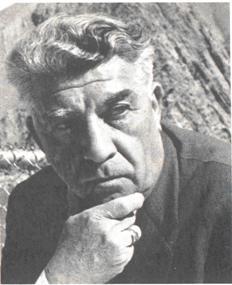 Nissan Cohen Melamed was born in Shiraz, Persia, in 1906. His parents, who promised themselves to immigrate to Palestine upon the birth of their son, took him at the age of two to Palestine, and settled in Jerusalem.

Already at a young age Melamed showed interest in music. He used to visit the various synagogues in his area and listen to Jewish cantillation. After some time he began singing with the choirs of these synagogues, and at last performed as a soloist. His father encouraged his musical interests, making him memorize the weekly Parasha. As a result, in 1922 Melamed became a Ba'al Koreh in "Tzeirei Paras" synagogue. In addition to these early musical experiences, Melamed sang as a child in the choirs of cantor Shlomo Rivlin, and later in the choirs of cantor Vardimon.

From 1925 to 1926 Melamed studied cantorate and note reading at the Jerusalem conservatory with composer Solomon Rosowsky. Following his studies, Melamed left for Tel Aviv in 1927, where he was appointed by Rabbi Ousiel to officiate as cantor in the sephardic synagogue "Ohel Moed," and as choir director in Pirhei Kehuna College for Sephardic Hazzanut, of which he later became manager.

His office in "Pirhei Kehuna" initiated Melamed's long career as an educator: In 1936 he began teaching in Aliya Alef School, and served as director starting in 1947. In 1950 he taught in "Hamidrasha Lemhanhim Lemusica," and taught at Tel Aviv music Academy in 1953. In 1956, Melamed went on an educational mission to Mexico City, where he directed the Hebrew Sephardic School, and officiated as cantor in the Sephardic great synagogue. He came back to Israel in 1962, and continued his old job in Aliya Alef School. Between 1963 and 1966 Melamed embarked on a second educational mission, this time in Teheran, where he directed the Koresh Hebrew School. In 1980, the Academy of music in Tel Aviv released a recording of Melamed singing liturgical works arranged by Yehezkel Braun.

Nissan Cohen Melamed is considered to be one of the early known composers of Mizrachi music (Muzika Mizrachit), before it got accepted in the mainstream in the late 70's and 80's. He started composing in 1930, when he was 24. His style was influenced greatly by his experience as cantor and Ba'al Koreh, as can be seen in some of his songs that were based on verses from the bible ("Pitchu Li Sha'arei Tsedek" for instance), or in his usage of elements of masoretic accents (Ta'amei Hamikra). In his compositions, he sought to reach the public. He noticed that certain Maqams were favored, Maqam Hijaz for example, and so Melamed exposed elements of the Mizrahi music in the mainstream genre of the day.

Another important group of Melamed's compositions were his children songs. The most famous of these is "Hanukiya Li Yesh," which is still sung today in Hanukkah. Some of his songs achieved the Status of Hebrew folk songs (Shirei Eretz Yisrael), "Layla Bekna'an" being the most famous. In his fruitful years, his songs were printed in songsters, but after his death their printing stopped, and thus many of his songs are now unknown to the public.