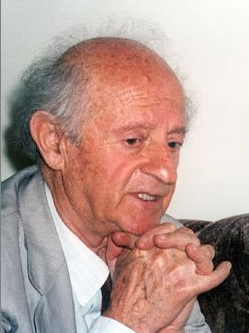 Nikolai Kaufman
Musicologist, folklorist and composer Nikolay (or Nikolaï) Yankov Kaufman (or Kauffman, Kaufmann) is considered as one of Bulgaria's foremost music scholars. Although the vast majority of his...
The Influence of Choral Elements on the Formation and Development of the Piyyût Genres (Hebrew)
Heinrich Schalit and Paul Ben-Haim in Munich

An interest in Jewish music was awakened in pre-1933 Munich, beginning with Cantor Emanuel Kirschner’s attempt to find the ancient elements of Synagogue chant and eliminating Jwish music's...