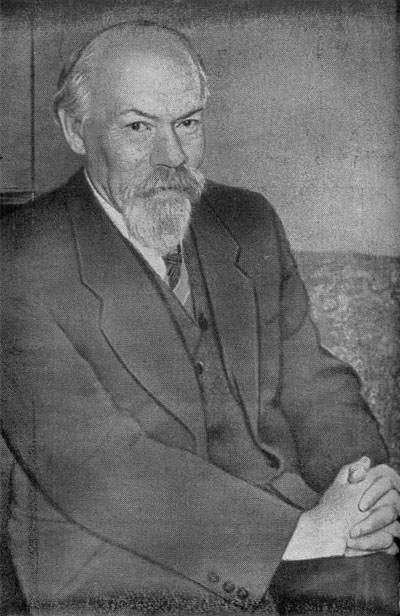 Gnesin was born in Rostov-on-Don, son to the local Rabbi. He began his musical education with Cantor Gerovitz and pianist Oscar Fritch at the Rostov Technical Institute. He went on to study composition at the Petersburg Conservatory with noted teachers Liadov, Glazunov and Rimsky-Korsakov. After traveling and studying throughout , Gnesin returned to where he was hired as a composition teacher at the . After a tenure of ten years, Gnesin traveled to to help found the Jibneh music publishing house along with colleague Joseph Achron. Together they worked to reorganize the activities of the Society for Jewish Folk Music. Unlike other musicians from the Society, Gnesin decided to return to to take a position as a professor of composition at the Moscow Conservatory. While teaching in Moscow, he joined the faculty of the which was founded by his sisters Yelena, Yevgeniya and Mariya. From 1935 to 1944, he also taught at the Leningrad Conservatory, where he later headed the composition department. Gnesin’s extensive pedagogical experience led to the formation of a unique style of teaching composition, one which is still utilized today in many parts of the world.

Gnesin was also a prolific composer in his own right, making use of Jewish folk melodies as the thematic base for his works. Gnesin commented on his use of Jewish musical idioms, “Elements of Jewish music captured my musical feelings and imagination to such an extent that even when I did not have the mission to look for a Jewish style, those elements appeared in my works.” Some of the most distinguished work from his “Jewish” period includes: the operas, The Youth of Abraham (1921-23) and The Maccabees (1921); the symphonic works, Songs from the Old Country (1919) and The Jewish Orchestra at the Ball of the Town Bailiff (1926); and the song cycles, Red Headed Motele (1926-29) and Song of Songs (1922). In the 1930’s Gnesin slowly shifted his focus away from Jewish thematic material and began incorporating other folk music idioms. This change in compositional style was accompanied by a drastic decrease in his production. In addition to his teaching and compositional career, Gnesin published several books on composition, and a study of Rimsky-Korsakov’s life and work.

Gnesin was born in Rostov-on-Don, son to the local Rabbi. He began his musical education with Cantor Gerovitz and pianist Oscar Fritch at the Rostov Technical Institute. He went on to study...

Poem for a high voice (without text), or also for violin or flute or oboe and piano.

Mikhail (Moshe) Milner : the Jewish composer in Russia as bridge between tradition and innovation