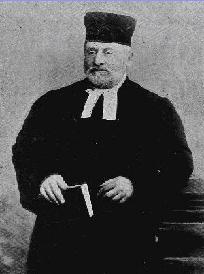 Born in Praga (near Warsaw). After serving as a cantor in Poland and Germany, he moved to London, and worked there as a cantor until his death. Among his compositions are oratorios, cantatas and hymns. The catalogue of the National Library of Israel includes twenty-four items by Hast. One of the rare items is Hast's earliest collection of synagogue music from 1878 which he edited in collaboration with the Polish Jewish composer Michal (Michel) Bergson (1820-1898), father of the renowned philosopher Henry Bergson.

The Jewish Encyclopedia offers a review of Hast's life while he was still alive based on contemporary resources. The entry was written by the Reverend Francis L. Cohen.

A detailed biographical note about Hast by Aron Friedmann appeared in the Allgemeine Zeitung des Judenthums 82, no, 29 (19.7.1918), pp. 341-3. This is the most substantial source on Hast in any language

Rabbi G. Shisler's biography of Hast with further references. The same article by R. Shisler can be found here.

The four volumes of Hast's Avodat Haqoddesh are downloadable here.

A (slightly edited and amended) note by Daniel Tunkel (May 2010) in response to a query regarding Hast that appeared in the yahoo group jewishulmusic:

Hast claims to have published the first volume of Ashkenazi Synagogue music in (the very first of all, [David Aharon] De Sola, was from Bevis Marks, the Spanish & Portuguese Jews, in 1857). Now as well as the four Avodas HaKodesh volumes of Hast which emerged in the 1890s and 1900s, there was in fact a very early volume from 1873 [1878, see above], which is much rarer. This would, indeed, predate Mombach (1881, posthumous), Wasserzug (1878) and the United Synagogue Blue Book (first edition 1887), among others from about that time. I believe my father [Victor Tunkel] has a copy, and that it is to this you are referring. (However, the date of 1840 for that collaboration looks incorrect since that was the year of Hast's birth.)

Hast served as the chief cantor of the Great Synagogue, Duke's Place, , from 1871 (succeeding Simon Ascher) until his death in 1911. According to the short bio entry on him in Macy Nulman's one-volume Encyclopaedia of Jewish Music, he has credits for instrumental works and an oratorio, though I doubt any of this is known to have survived. (Nulman is not completely reliable with details of this nature, however.)

There is a nice portrait of Hast in middle age in the section on the Great Synagogue in Peter Renton's book The Lost Synagogues of London (Tymsder Books).

Born in Praga (near Warsaw). After serving as a cantor in Poland and Germany, he moved to London, and worked there as a cantor until his death. Among his compositions are oratorios, cantatas and...

A responsorial prayer segment from the third benediction of Hazarat Hashatz recited by the cantor and the congregation. The word "Kadosh" (holy) and its declensions form the crux of...