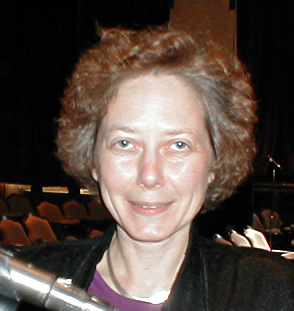 Judit Niran Frigyesi is a musicologist, ethnomusicologist, teacher and poet. She received her Ph.D in History and Theory of Music from the University of Pennsylvania in 1989, and her Master's and Bachelor degrees in History of Music and in Ethnomusicology, respectively, from the Franz Liszt Academy of Music in Budapest. Her research focuses on the music and literature of the 19th-20th centuries in Europe and ritual musics of non-Western cultures (with expertise in the music of Béla Bartók and Ashkenazic prayer chant). Her archive is the largest integral collection (meaning recordings of full liturgies of services with interviews) of the Jewish tradition recorded in East Europe and the largest archive of the liturgical music of the Hungarian Jews. She is active as a writer, poet, photographer, and creator of projects in various media. Her theatrical montage Fleeting Resonances combines field research, poetry, film, audio, and live performance (performances: Germany, Hungary, Israel). Her recently published book writing on Water (CEU Press, 2018; Jelek a vízen, Libri, 2014) is creative non-fiction capturing, in poetry, prose and photographs, the experience of the sound of Jewish prayer.