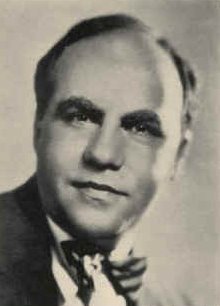 Composer, pianist, and conductor Josef Bonime was born in Vilna in 1891, and immigrated to the United States with his family as a young boy. Bonime studied composition at The City College of New York and piano performance at Julliard. After completing his degrees, he toured as a piano accompanist with famed violinists Mischa Elman and Eugene Ysaye. In the 1920’s he recorded for Vitaphone talkies such as Mischa Elman (1926), and arranged music for film short subjects. In 1933, Bonime joined the faculty of the Julliard School of Music. Beginning in 1925, Bonime worked as a composer and conductor for several radio programs. He conducted the CBS Symphony and "The Columbia School of the Air," and composed music for the "Old Time Radio Series" aired by NBC Blue Radio. Bonime also worked for many years as the musical director for the popular radio program "Death Valley Days."