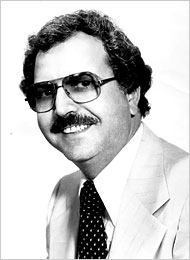 In the early 1960’s, Jo Amar was a Mizrahi music star. He combined ‘paytanut’ and poetry to create classic hits like “Barcelona,” “Ismach Moshe, “Shir Hashikor,” “Harini Shar,” and others. Amar was a leader of the emerging Mizrahi music scene in Israel, however during the early years of his career authentic Mizrahi music was completely disregarded. Amar was a rebel within contemporary Israeli culture, opposing the trend of turning Western music into the defining Israeli music style. Eventually, his continuation to advocate against this trend succeeded. During his career he performed throughout the world, and conducted cantorial workshops in the United States and Europe. He was considered one of the leading cantors in the world, and became a spiritual leader for many paytanim (poets). Until his wife Remond passed away, he continued to perform, singing piyutim in various synagogues.

Around the early 2000’s, Amar, father of four and grandfather of ten, lived alone in moshav Yad Rambam near Ramle, Israel. He would often travel to his home in Los Angeles to visit his children and their families residing there. Amar did not publish an album for many years as he focused on Moroccan-Andalusian cantors, all the while giving up his career as a singer. After thirty years of releasing no new material in Israel, Amar released a new album in the year 2000. In the album, the Andalusian Orchestra hosts Jo Amar, performing his classic hits, “Barcelona,” and “HaShikor,” among others, in a classic Mizrahi style.

Amar worked diligently to release a collection of all his albums, however, “It’s impossible to know how many albums were released. Anyone that sang during the same era couldn’t know how many albums he released,” according to Omar Amar. Jo Amar also worked on an album that would include new songs he had written. Addiitonally, he completed a documentary film about his life, and during the filming collaborated with Avihu Medina to perform a special duet. Amar also wrote an autobiography. Regarding his autobiography Amar said, “The book will include a list of my songs and scores, a record of my travels around the world, personal autobiographical details, and also special recipes for a variety of foods. At the end of the year 2000, he performed solo at the Mann Auditorium with the Andalusian Orchestra, with Amir Benayoun as the opening act. For many, Amar represents “authentic” Israeli music, especially for those of North African origin. He died in 2009.

Exerpts of Amar's biography were translated into English from the Hebrew site, "Mooma."