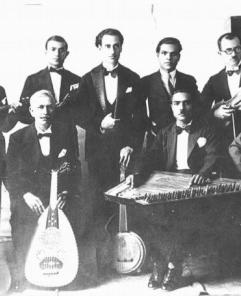 In 1979 Esther Warkov, a young American PhD student in ethnomusicology, came to Israel to study the music of first-generation Jewish immigrants from Iraq. From 1979 to 1981 Warkov worked under the direction of Prof. Amnon Shiloah of the Hebrew University, an eminent scholar of music in the Islamic world and of the Jewish musical traditions within it. Warkov wanted to study processes of change and acculturation in musical practice, and the Iraqi musicians provided an incredibly rich case study to investigate. In Baghdad, Jewish musicians had for generations served as the most prominent practitioners and disseminators of Near Eastern urban music, and had also laid the foundation for what became known as modern Iraqi music. Most of these musicians moved to Israel in the early 1950s, part of the Jewish exodus from Arab lands, which had become largely inhospitable to Jewish presence following the founding of the State of Israel in 1948.

By the time that Warkov began her study, the majority of these musicians had been in the country for over two decades. They had not only traversed cultural worlds, but had also suffered a deep loss of status. Having been prominent, commercial entertainers in Baghdad, they were now largely confined to intra-communal celebrations, and marginalized by mainstream (Western-oriented) Israeli culture. Only one Israeli institution— the Israeli Broadcast Authority (IBA) —supported an Arabic music orchestra on its ‘Voice of Israel in Arabic’ channel, which provided a permanent job and benefits to a select few. Warkov’s main interlocutors were associated with the IBA, among them IBA personnel, administrators and Iraqi musicians who had recorded with the IBA orchestra. 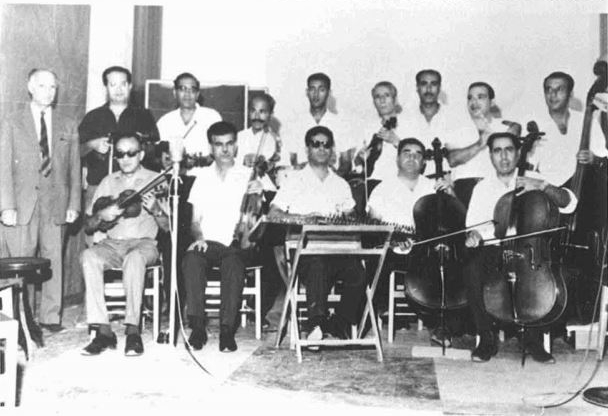 One of Warkov’s primary methodological tools for assessing processes of change and acculturation within musical practice was through exploring the variations between the traditional Iraqi maqam tradition from Baghdad and what she termed ‘mainstream style’— most commonly referred to today as classical Arabic music, or, following A.J. Racy’s (2003) book, Tarab. This music developed in urban centers beginning in the 1920s, primarily in Cairo but also in Beirut and Damascus, in tandem with new technologies of mass dissemination (78 rpm records, films, radio stations, LPs and more). Its development was entwined with ideas and processes of modernization.

Warkov focused especially on takasim—the improvisational non-metered solo section which opens a composed piece or bridges its different sections. She describes a process by which in Israel, distinctive Baghdad/Iraqi music traditions, such as ensemble lineup, primary instruments, specifically Iraqi maqamat, and the melodic construction of takasim, were replaced by ‘mainstream’ classical Arabic music elements. Jewish musicians in Iraq had always been agents of change, exchanging ideas with visiting Egyptian and Iranian musicians and introducing these ideas into local repertoires, but they were all fluently rooted in Iraqi traditions and enjoyed numerous settings that supported its live performances. By contrast, in 1950s Israel, the IBA’s broadcasting in Arabic was not primarily focused on supporting the Iraqi-Jewish community. The programming was geared first on attracting listeners from surrounding, hostile countries and from Israel’s Palestinian minority (considered by the authorities to be a potential enemy within). Iraqi music was therefore marginalized on the airwaves, and the Iraqi musicians who joined the state-supported Oriental orchestra were those already familiar with the mainstream style in Baghdad or accommodated (and also enjoyed) the state radio management’s ‘mainstream’ directives for Arabic music. Hence, the Iraqi maqam repertoire in Israel went into decline, surviving only for a short period after immigration in family gatherings in urban Iraqi Jewish enclaves in Israel.

By the time Warkov’s dissertation was filed in 1987, with few educational outlets or performance spaces, the future of institutionalized Arabic music in Israel seemed uncertain. This pessimistic evaluation set the tone of her final remarks.

A striking aspect of Warkov’s thesis is the prominent yet implicit role played by a group of Palestinian/Arab-Israeli musicians in mediating for her the intricacies of the ‘mainstream style', and at times, also the Iraqi maqam tradition and the intersections between them. These musicians were a cadre of brilliant young musicians, largely from the Galilee, who had enjoyed academic training in Western music and who wanted to carve a place for tarab music in Israel and beyond. Some of these young masters would become important artists of the highest caliber, in Israel and internationally: Simon Shaheen, Nabil Azzam, Taiseer Elias, and Naseem Dakwar.

Warkov also studied the oud with Shaheen, and her interviews with him indicate the extent to which he was conversant with both ‘mainstream’ and Iraqi traditions. The interviews also shows how he was able to ‘translate’ this knowledge to a Western-trained ethnomusicologist. Shaheen’s instinctive understanding of the Iraqi tradition speaks volumes to the cultural intersections occurring between Iraqi-Jewish immigrant musicians and indigenous Palestinians. Such intersections occurred outside the formal auspices of the IBA’s Oriental orchestra, which did not provide spaces for Palestinian citizens among its cadre of regular musicians. This was clearly part of the IBA’s cultural policy following Israel’s founding, as local Arab musicians were an integral part of an Oriental orchestra operating under the auspices of the pre-1948 British Palestine Broadcasting Service, directed by Ezra Aharon (who had immigrated from Iraq already in 1934).

Warkov believed that with the ageing of the IBA’s Oriental orchestra membership, and, given the lack of educational institutions, performance venues, government support and younger musicians with first-hand knowledge of the music, the future of classical Arabic music in Israel was in the hands of the Palestinian virtuosos who maintained a living connection to the tradition. History, however, proved her wrong. Starting in the 1990s, in part due to the Oslo peace process and to increasing international interest in ‘world’ or ‘ethnic’ musics, classical Arabic music gained acceptance among Jewish audiences in Israel whose ancestry was in the Arab world. This interest generated the establishment of Arabic music departments in Israeli institutions of high learning, most prominently at the Academy of Music and Dance in Jerusalem. The founding of the Israel Andalusian Orchestra and other Jewish and Arab ensembles across the country, as well as various ensembles dedicated to East-West fusions such as Bustan Abraham, energized the interest of third-generation Mizrahim in the musics of their grandparents’ countries of origin.

As a crucial part of her fieldwork, Warkov collected priceless archival recordings in the form of interviews and living room performances, some of which are published here for the first time, alongside her dissertation. The interest in the work of Warkow at the Hebrew University and her interaction with the local musicological community during her sojourn of Israel led to a unique production: the cassette titled Taqsim, released in the framework of the Jewish Music Research Centre’s Anthology of Music Traditions in Israel series. In retrospect, the publication of Taqsim by the Hebrew University in 1981 can be taken as a harbinger of the robust interest in Arabic music that developed in Israel in later years.

"The Original Inherited Form of Maqam Rast", an orchestral rendition of the vocal genre al-maqam al-‘Iraqi, is perhaps Salah-al-Kuwaiti’s most important composition. Because traditional Iraqi music does not include a genre for orchestral versions of the Iraqi-maqam, al-Kuwaiti's work is an outstanding example of innovation.  His distinctive violin style is heard throughout.  Recorded by the Israel Broadcasting Authority in 1969. Learn more about this composition in Warkov's dissertation, pp. 194-97.

Avraham Salman performed this extraordinary taqsim during a private playing session in his home with Simon Shaheen. Recorded in 1980 by Esther Warkov. The entire session can be heard at https://bit.ly/3fCBMK3.

Complete PDF of Warkov's 1987 dissertation, including updated CV and other notes.

Learn more about and listen to Iraqi-Jewish musicians: A guide

A sampling of Esther Warkov's interviews and field recordings: Recordings playlist and Description of playlist contents