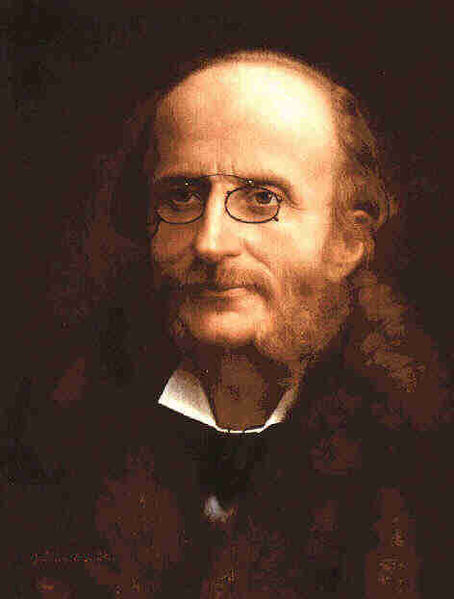 Jacques Offenbach was born in Cologne to father Isaac Offenbach, a local music teacher and hazzan. He was identified as a musical prodigy early on, and at the age of four he began to study violin with his father. By age nine, Offenbach took up study of the cello, which became his main solo instrument in his early performance career. His first composition teachers in Cologne were Joseph Alexander and Bernhard Breuer. At age fourteen, his father Isaac Offenbach took him and his brother Julius (age nineteen) to Paris to continue their formal musical education and to search for employment. Jacques was admitted to study cello at the Paris Conservatoire and both boys earned their keep by singing in a local synagogue choir. Due to financial difficulties, Jacques was forced to leave the conservatoire and began working as a cellist in the orchestra of the Opéra-Comique. He did continue private instruction with composer Jacques Halevy, during which time he composed a number of short waltzes including Rebecca, a waltz based on 15th century Hebrew melodies, debuted at the Jardin Turc Theater.

During the 1840’s Offenbach advanced his career as a cello virtuoso, traveling throughout France and Germany and performing with noted musicians and composers Anton Rubenstein and Franz Liszt. In August of 1844, Offenbach underwent a Roman Catholic conversion and was married to Herminie d’Alcain, the daughter of a saloon owner and daughter-in-law of London concert agent John Mitchell. Throughout this time, Offenbach continued to submit his work to be staged by local Parisian theaters, but met with little success. In 1850 he took a post as conductor at the Comédie-Française. Finally in 1855, Offenbach rented the Théâtre Marigny, a small wooden theater in Champs Elysées. Offenbach officially opened the theater to the public in July of that year under the name Bouffes-Parisiens, and staged a programme of his short comic pieces including Les Duex Aveugles and Le Violoneux. The exhibition season at the theater was an overwhelming success, and as a result Offenbach was invited to direct the Théâtre Comte (Théâtre des Jeunes Elèves) and the Passage Choiseul.

Impressed by the continued success of Offenbach’s Bouffes productions, John Mitchell organized an eight-week season for the programme at the St James’s Theatre in London. As Offenbach’s reputation grew, so did the scope of his works. The late 1850’s and early 1860’s issued a period of great productivity for Offenbach with debuts of his two-act Orphée aux enfers (1858), two-act ballet Le papillon at the Opéra, and three-act Barkouf at the Opéra-Comique. His opéras bouffes gained international acclaim, particularly in Vienna, where his romantic opera Die Rheinnixen was performed at the Hofoper Theater in 1864.

The 1870’s marked a period of decline in the popularity of Offenbach’s works as public taste shifted after the Civil War of 1870-71.  In 1873 he took over management of the Théâtre de la Gaîté, where he re-released two of his most popular operettas, Orphée aux enfers and Geneviève de Brabant. Offenbach was burdened with heavy debt as the result of several bad business investments, and in 1874 he was forced to declare bankruptcy. Offenbach experienced renewed success in the last years of his life with the debut of Madame Favart (1878) in London and La fille du tambour-major (1879) in Paris. During the last year of his life, his efforts were focused on finishing the score for his opera Les contes d’Hoffmann. Offenbach died in October of 1880 from complications associated with the gout, and his family commissioned Guiraud to complete the score for Les contes d’Hoffmann.