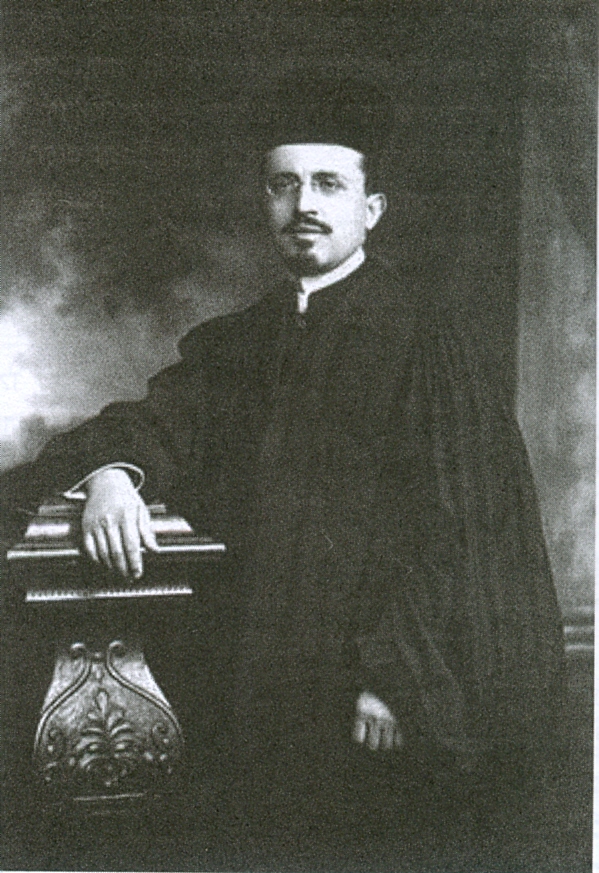 Israel Goldfarb was born in Sieniawa, Galicia (today Poland), and immigrated to New York in 1893. Although he had a pleasant voice and musical talent, his brother, Samuel Eliezer Goldfarb was acknowledged as the musician in the family. While Samuel began a career in music, went to study for the rabbinate at the Jewish Theological Seminary of America (JTSA). As a secondary practice, he studied musical education at Columbia University and received some musical training at the Institute of Musical Arts (later the Juilliard School). He was ordained as a rabbi in the same class as Mordechai Kaplan, the founder of the Reconstructionist movement. From 1902 to 1905, Goldfarb officiated as both rabbi and cantor in a community in .

In 1905, he was appointed cantor and Sunday school director at the Kane Street Synagogue, and a year later also as a rabbi. He kept the position of rabbi and cantor until his death. Goldfarb had an important role in sustaining a congregation which was in the process of transformation: of moving to a new location and merging with another congregation. Goldfarb’s leadership and music helped unite the congregation and to increase its members, establishing it as an important congregation in Brooklyn.

Goldfarb’s main focus in his career was youth education, and connecting youth to Judaism. From 1920 to 1942, he worked as a teacher of liturgical music at the JTSA and trained future rabbis in the basics of the cantorate. As a cantorial teacher and a prominent figure in the Society for the Advancement of Jewish Music, he put much effort in promoting the establishment of a modern cantorial school. The work of the Society made possible the opening of three cantorial schools: the of at the Hebrew Union College, the Cantors Institute at the JTSA, and the Cantors' school at Yeshiva University. These three schools were built according to the guidelines set by Goldfarb in 1947.

As a rabbi, cantor, and educator, Goldfarb prepared many Bar-Mitzvah students to read the Torah. His most famous pupil was the composer Aaron Copland. A unique initiative of Goldfarb was the formation of a mixed boys and girls choir in the synagogue, which was rare at the time.

In order to bring the young generation closer to Judaism, Goldfarb worked to create songs adapted to congregational singing, which were requested by the youth, especially by the youth movement "Young Israel." In this endeavor, he published various books and pamphlets of his own compositions and collected works. From 1918 to 1929, and his brother Samuel, who was head of the music department of the Bureau of Education in , cooperated to advance Jewish musical education. Together they published songsters suited for communal singing and for use in schools. In their work, they tried to combine two styles of Jewish music: the Eastern European musical tradition, associated with Orthodox Judaism; and the Western European Jewish music, which was connected with Reform Judaism.

The most famous example of this aspiration is Israel Goldfarb's song "Shalom Aleychem," published in The Jewish Songster (1918). According to Eliyahu Schleifer (2006), this is one of the most popular songs among the Shabbat zemirot, and is sung in every movement of Judaism and in many traditions. Goldfarb also wrote arrangements of congregational responses and services for the yearly cycle, intended for children and for congregational choirs. Israel Goldfarb died in in 1967.