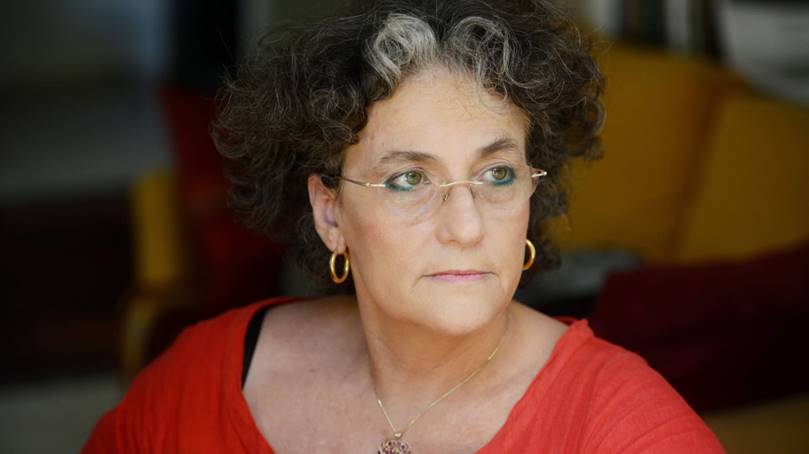 Betty Olivero is a contemporary Israeli composer, who has lived during most of her career in Florence, Italy. She is a full professor of composition at the Music Department in Bar-Ilan University.

Betty Olivero is a winner of the most prestigious Emet Prize for Art, Science and Culture (2015), an Israeli prize awarded annually for excellence in academic and professional achievements that have far-reaching influence and make a significant contribution to society.

In 2000 Olivero was awarded the Koussevitzky Award by the Koussevitzky Music Foundation and the Library of Congress, Washington USA, one of the most important international awards, given annually only to six composers.

In Olivero's works, traditional and ethnic music materials are processed using western contemporary compositional techniques; traditional melodies and texts undergo processes of development, adaptation, transformation, assimilation, resetting and re-composition, to the point of assuming new forms in different contexts. These processes touch on wide and complex areas of contrast, such as east and west, holy and secular, traditional and new.

Between 2004-2008 Olivero was composer-in-residence for the Jerusalem Symphony Orchestra.

Olivero is currently living in Israel. She has a daughter and son.

Adapted from the New Grove Dictionary of Music and Musicians:

BETTY OLIVERO was born in Tel-Aviv, Israel. She studied at the Rubin Academy of Music, at Tel Aviv University and Bar-Ilan University with Itzhak Sadai and Leon Shidlowsky, and at Yale University where her teachers included Jacob Druckman and Bernard Rands. In 1982 a Leonard Bernstein Scholarship enabled her to work at Tanglewood with Luciano Berio, with whom she continued to study in Italy (1983-86).

Olivero's innovative music speaks the language of contemporary compositional form, yet is inspired by ancient Jewish and other early musical traditions. Folk material appears in rich, nuanced arrangements, or is blended through avant-garde transformations into textures featuring dense heterophony, rhythmic complexity and rich orchestration. Her style is coherent and non-eclectic, yet combines elements as diverse as Judeo-Spanish (sephardic) music, Arab tunes and medieval music integrated into a contemporary musical language.

Allegro Porto, an early Jewish composer on the verge of Christianity