Musical Traditions of the Sephardic Jews 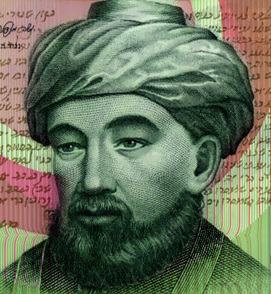 The extensive documentation of the diverse liturgical paraliturgical traditions of the Sephardic Jews in the former lands of the Ottoman Empire and in the Maghreb (Western North Africa) has been one of the main foci of the JMRC research efforts since its foundation. Starting with the pioneering work by Abraham Zvi Idelsohn and Robert Lachmann now housed at the NSA, and continued since the 1950s by scholars such as Leo Levy, Johanna Spector and Amnon Shiloah, the rich collection of materials (that incorporates the old funds of the Institute of Religious Music, later called Renanot) has been continuously expanding allowing for many publications on diverse aspects related to these liturgical traditions. At the present, the work in this field at the JMRC is continued by senior researcher Essica Marks. A flagship publication of this subject is the six CD album A Song of Dawn.

The JMRC has put together the largest ethnographic collection of songs in Judeo-Spanish (Ladino). Since 1975, JMRC senior researcher Susana Weich-Shahak has been intensively documenting this repertoire in audio and video recordings of singers from Greece, Bulgaria, Turkey, Morocco and Israel. Recordings were made in Israel and abroad (Spain, Saloniki, Istanbul, Macedonia). The Weich Shahak collection at the NSA has been expanded with other private and institutional collections, most especially the important Ladino funds (Proyecto Folklor) of the Israel Broadcasting Authority (IBA – Kol Israel). Studies and publications by Weich-Shahak and other researchers published by the JMRC are based on this extensive compilation. A new compilation of recordings of Ladino songs of the Eastern Mediterranean Sephardic traditions for the life cycle is under preparation by Susana Weich-Shahak.

Historical documentation of the Judeo-Spanish Songs has complemented the ethnographical research as part of the Inventory of Jewish Music the foundational project of the JMRC. The result of this aspect of the study of the song in Ladino has been published in 2009 by the Consejo Superior de Investigaciones Cientificas in Madrid.

The collection of Spanish-Portuguese or Western Sephardic liturgies (Amsterdam, London, Paris, Southwest France, Hamburg, the Caribbean and New York) at the JMRC is one of the most comprehensive ones worldwide, incorporating historical recordings from the Jacob Michael collection, European radio stations and sound archives, Leo Levy as well as the David Ricardo collection of scores. Research in this field at the JMRC has been continued by Edwin Seroussi and later by Essica Marks. Marks and Seroussi are now working on an annotated edition of the Spanish-Portuguese liturgical traditions.