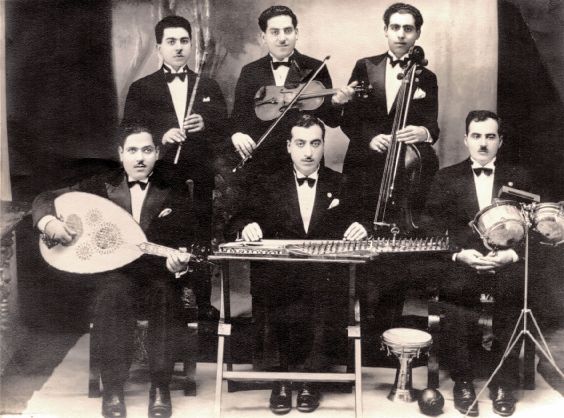 Iraqi composer and violinist, Salah El Kuweiti was born to Iraqi parents in Kuwait, and taken to Iraq when he was 17. He played violin, sang, composed, and achieved great musical fame in Iraq together with his brother, Daoud, who played the 'ud. Salah El Kuweiti performed “mainstream” and other Middle Eastern styles but reportedly preferred Iraqi style. He was very important to Baghdadi musical life – headed the Iraqi broadcasting channel ensemble and programmed its music for several years.

The brothers immigrated to Israel in 1951. After their emigration from Iraq, their names were intentionally forgotten, and their songs were titled "folksongs" or ascribed to other musicians. In Israel, they continued their musical activity by performing on a weekly radio show where they played and sang, and also through performances with the Arabic Orchestra of Kol Yisrael (Israeli Broadcasting Authority).

Despite their radio show, the brothers both felt that they were cornered into a cultural ghetto, due to the lack of appreciation of Arabic music in Israeli society, and due to the huge gap between their fame in Iraq and their lack of recognition in Israel.

As part of a growing interest in Arab and Jewish-Arab music in Israel, an album of Daoud and Salah El-Kuweiti's music was released in Israel in 2006, and Daoud's grandson, Israeli musician and guitarist Dudu Tassa recorded an album where he performs his own arrangements of the music of his grandfather and great-uncle (2011).

Tribute to Salah al-Kuwaiti by Israel Radio in Arabic (1986)

Dudu Tassa tells the story of the al-Kuwaitis

"From Israel, a Jewish Singer with Arab Roots Revives the Music of His Family's Past"

Iraqi composer and violinist, Salah El Kuweiti was born to Iraqi parents in Kuwait, and taken to Iraq when he was 17. He played violin, sang, composed, and achieved...