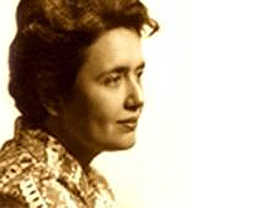 Yardena Alotin (Tel-Aviv, 1930-1994) is the only well known woman composer of her generation. She studied with Partos (also with Boskovich, Seter, Ben-Haim), and in 1975-6 she served as composer in residence at Bar-Ilan University. In addition to her often performed piano pieces, such as Suite (piano, 1974), her modest oeuvre also includes choir works such as Yefei Nof (1952), Psalm 133 (1965), and Holiday Song (1984). These follow the Mediterranean style in its early and later developments. She wrote her two major works in 1958, early in her career: Cantata, a cappella, and The Painful Exile for voice and orchestra, both performed soon after they were written.