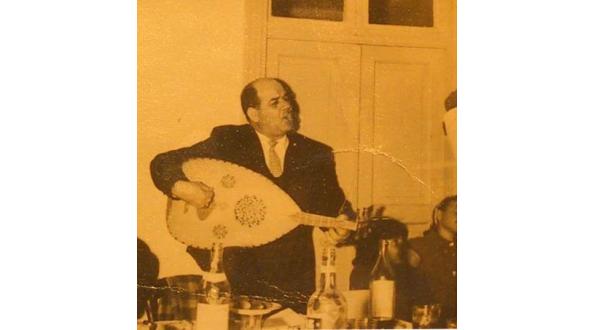 This song of the month was released in the old website of the JMRC on Hannukkah 5669 (2009). We are re-releasing it with an important twist: the identification of texts’ author and an additional musical version, very different from the one we released back in 2009.

In 1953, Abraham Abuganim (1908-2002), a Sephardic cantor, singer and 'ud player from Jerusalem, composed a Hanukkah medley. The present recording was done at the National Sound Archives in Jerusalem in 1988, when Abuganim was 80 years old. According to Abuganim, the medley was written for the children's choir Rinah VeSimha, founded by him and by Yosef Peretz, a violinist and composer. Most of the children in the choir used to pray at the ‘Yegia’ Kapayyim’ synagogue at the Yegia’ Kapayyim neighborhood close to the Mahaneh Yehudah market, where Abuganim officiated as cantor. The medley was composed for a concert at the ‘Kol Yisrael’ state radio station. Abuganim and Peretz worked on the production together.

The writer of most of the texts of the medley was the poet Binyamin Avidany, who wrote texts for Abuganim as well as for the famous Jerusalemite violinist and composer Rahamim Amar (1898-1976). Avidany lived at the time in the Nahla’ot neighborhood, and was connected to the ‘Ades’ synagogue, an important center of eastern hazzanut. Among other songs Avidany wrote ‘Nagila be’oz banim uvanot.’ In Avidany’s opinion, the text of the song ‘Ner haviv, ner na’eh,’ was written by Abuganim himself, an opinion also held by Abuganim's daughter, Rivka Cohen, when she was interviewed.

This attribution is incorrect and can be now amended. The text was written by the Polish-born Hebrew poet and author Sh. Shalom (pseudonym of Shalom Joseph Shapira; 1904–1990). The poem was titled by its author ('Under the light of the candle').

The song is an example of the traditional genre of popular poems which address the hope for redemption, a topic which has maintained relevant in the modern period, especially for compositions for festive occasions. ‘Ner haviv, ner na’eh’ is in spirit and language a short song in folk style with simple rhymes, and was probably selected because it suited the performers: the children's choir. Moreover, the centrality of the candle (ner) as a persona in the song whom the poet addresses led to its association with Hannukkah by Abughanim and Peretz, even though this holiday is neither mentioned in the text nor even implied by association. By introducing the piece to a suite of songs for Hannukkah, Abughanim and Peretz therefore endowed Sh. Shalom’s poem with a new meaning. In this sense, the song also belongs to the category of Hannukkah songs that were written by poets of the Haskalah in Eastern Europe, and later on in Erets Yisrael and in the USA.

The two-section short melody of ‘Ner haviv, ner na’eh’ is in maqam Hijaz. It is simple, catchy and repeats with every verse without further development, except for the small ornamentations that Abuganim introduces in his performance. The choice of this specific scale is well-suited to Hannukkah, because in the Jerusalem Sephardic tradition this scale is considered to have an air of rejoicing and celebration.

In 1955, around the same time as Abuganim set Sh. Shalom’s poem to a melody following a traditional Arabic pattern, composer Yehoyachin (Joachim) Stutschewsky set the same poem to a very different musical style. This version of the song was recorded in an elaborated symphonic arrangement by the orchestra of Kol Israel (Radio Israel) performed by singer Naomi Tzur and arranged by Hanan Shlesinger. This recording is part of the National Sound Archives of the Israel National Library (K 03147, side A, no. 2, dated November 21, 1955).

The two strikingly different but contemporary compositional approaches to the text by Sh. Shalom reveals the musical abyss separating diverse Jewish sectors cohabiting in very close proximity in Jerusalem during the same period. Yet, if one pays close attention to Stutschewsky’s setting, beyond the symphonic garb enveloping the song, one can hear a certain affinity to Abuganim’s work in the simplicity of the binary form and syllabic text-music relation, as well as in the modality that seeks to avoid the major-minor tonality. 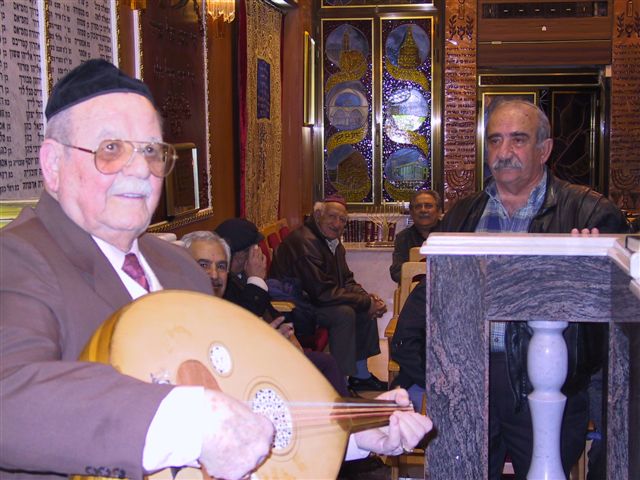 Transcription of the song