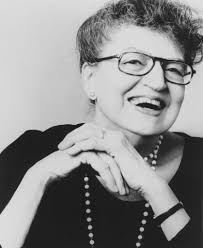 Born in Greeley, Colorado. From an early age, Gideon displayed musical talents and began studying piano. Miriam continued her music studies with her uncle, Henry Gideon, an organ player and the manager of a synagogue choir in Boston. In 1926 Miriam received a Bachelor's degree from Boston University in Mathematics and French while simultaneously continuing to study music. She eventually moved to New York City in order to study music under teachers such as Lazare Saminsky and Roger Sessions. In 1946 she received her MA in Musicology from Columbia University, and in 1970 she completed her Doctorate in Composition and Sacred Music from the Jewish Theological Seminary of America (JTSA). She taught at a number of institutions, including: City College; City University New York (CUNY); the Jewish Theological Seminary of America (1955-91); and the Manhattan School of Music (1967-1991).

She composed more than 50 compositions, including works for: orchestra; voice; chamber music; liturgical works; chorales; solo instruments; and dramas. She composed a number of works on the subject of Jewish music, including Adon Olam (1954); Three Masques (1958), based on the cantillation motifs for the annual Purim reading of the Book of Esther; and Sacred Service (for the Sabbath) (1971), a composition for Sabbath morning based off reform liturgy and later liturgical compositions.

An extensive biography can be found here at the Jewish Women's Archive.

Another biography can be found here at the Miliken Archive of Jewish Music.