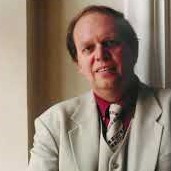 Milan Slavický studied composition at JAMU in Brno, under the instruction of Jan Kapr. He then went on to study musicology at the Faculty of Arts, Charles University, and HAMU in Prague, where his teachers were Karel Janeček and Karel Risinger. He then became a music director and radio playwright, being behind more than 500 classical music recordings, with a great emphasis on electroacoustic music. He also dealt with journalism, musicological work, and composition.

He wrote symphonic, chamber, and electroacoustic music. His interest in vocal music increased significantly after 1990. His compositions have often been performed on Czech and foreign stages and have received significant awards. He twice triumphed in the international competition of young composers Carl Maria von Weber in Dresden (1976 and 1979). The symphonic vision for the large Porta Coeli orchestra, composed for the Berliner Festwochen festival, won the Czech Music Critics' Award for Best Composition in 1992.

Since 1990, Slavický has been teaching at HAMU and the Faculty of Arts at Charles University. At HAMU he has been appointed associate professor (1997) and later professor (2001). He was a visiting professor at the University of New York in Prague. In his field of musicology, he focused mainly on the music of the second half of the 20th century. He has written two books, Interviews from the House of Artists (1990) and Gideon Klein: a Fragment of Life and Work (1995).

More information about Slavický, included his biography and a list of his compositions, see here.

Milan Slavický was a Czech composer, musicologist, and pedagogue. He came from a musical family. His father Klement Slavický and both his grandfathers Kamil Voborský...