Mapping the Diwan of the Jews in Central Yemen

We are glad to present a new project of Jewish Music Mapped: The Music of the Yemenite Diwan in time and space.

This project created by Elia Meron and Adiel Ben Shalom and generously sponsored by the Badichi Fund at the Hebrew University, started by mapping the album "With Songs They Respond: The Diwan of the Jews from Central Yemen", published by the Jewish Music Research Centre in 2006 as part of the "Anthology of Music Traditions in Israel" series.The recordings included in this album were made between 1977 and 1979 by Naomi Bahat-Ratzon and Avner Bahat's ethnographic research among Yemenite Israelis.

Click here or on the image to open the map 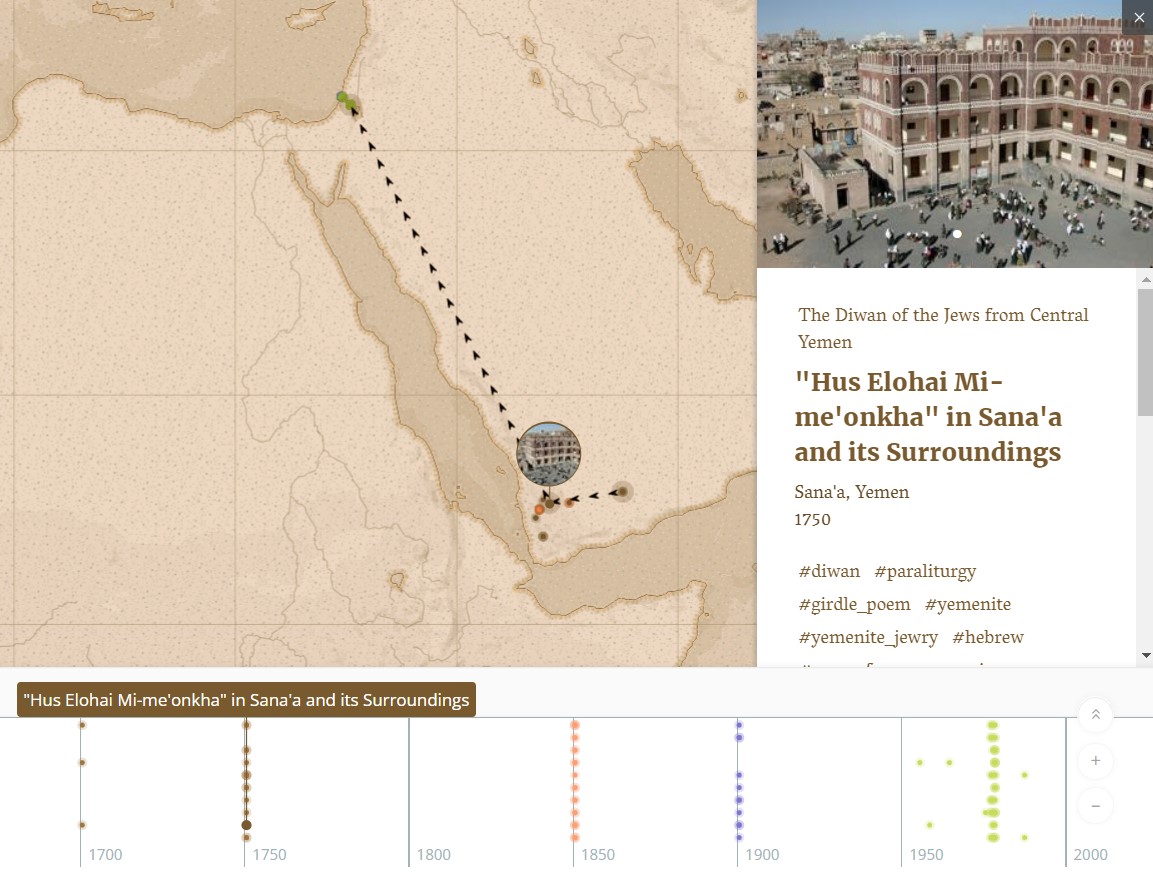 The map displays the trajectories of each song, departing from the literary evidence and the poets represented in the Diwan (from medieval Andalusia to 15th-18th century Yemenite Jewish authors) and tracing back the origins of the music to various areas of Yemen. The map was thoroughly enriched by additional recordings, ethnographic and commercial, of these songs carried out from the beginning of the 20th century to the late 1980s as well as by additional data. The Yemenite Diwan map is an ongoing project that will continue to be updated from time to time.