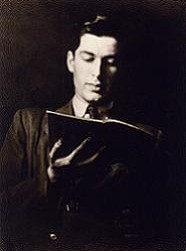 Composer & piano virtuoso, active in the musical life of the Theresienstadt ghetto.
1919-1945

Gideon Klein, pianist and composer, born December 6, 1919, in Přerov (Moravia). At the age of twelve, Klein moved to Prague to study music and liberal arts at the Jirasek Gymnasium. While in Prague, he supplemented his formal studies with private piano lessons with teacher Ruzena Kurzova. In 1938, he enrolled at the Master School in Prague, studying piano and composition under Professor Vilém Kurz. That same year, he began a double-degree program in musicology and philosophy at the Karl University. In the spring of 1939, shortly after the integration of Czech lands into the Third Reich, Nazi officials closed all institutions of higher education in the occupied Czech territories. Klein’s university studies ended abruptly, at which time he began studying composition privately with of Professor Alois Hába.

Although basic resources such as instruments and sheet music were scarce in Theresienstadt, talented musicians, composers, and conductors were in abundance. Klein immediately recognized the potential to continue musical activity despite the hardships of imprisonment and war. In the first year of his internment, Klein organized clandestine rehearsals and small scale performances for his fellow prisoners. Since Klein had no access to a piano in the early months of his imprisonment, he focused on composition and collaborated on a myriad of projects initiated by fellow musicians Karel Ancerl, Rafael Schachter, Hans Krasa, Viktor Ullmann, Pavel Haas, and Karel Berman. One early collaboration was with Rafael Schachter for whose chorus Klein composed folk songs in Czech, Slovak, Hebrew, and Russian. Since procuring scores in the ghetto was very difficult, Klein’s original compositions provided a new body of work that could be performed by the imprisoned musicians. Only one of Klein's arrangements for Schächter's chorus survives: the Hebrew song Bachuri leantisa, composed on December 3, 1942.

In 1942, Klein was appointed the head of the Instrumental Music department in the Administration of Free Time Activities (Freizeitgestaltung). With the establishment of the Freizeitgestaltung, all musical activities were sponsored, albeit closely scrutinized, by Nazi officials in Theresienstadt. As part of his role as Instrumental Music Director, Klein gave regular solo and chamber music recitals, public lectures, and private lessons to young aspiring pianists. A review of one of his early solo recitals by harsh music critic and composer Victor Ullman attests to Klein’s impressive technical skill and gentle expressivity: “Gideon Klein is, without a doubt, a very remarkable talent. His is the cool, matter-of-fact style of the new youth; one has to marvel at his strangely early stylistic maturity.”

Musical life flourished in the camp until heavy deportations in 1944 disbanded most of the chamber ensembles, choruses and orchestras active in the camp. In October of 1944, Klein was deported to Auschwitz, and then shortly after to Furstengrubbe concentration camp where he was forced to work in the coal mines. He died of uncertain circumstances in January of 1945.

Karel Reiner, composer and pianist, born June 27, 1910 in Žatec (Western Bohemia). Reiner studied law and musicology at the Charles University in Prague, and composition at the Master School...