“From Berlin to Jerusalem and Back - The Letters of German-Jewish Musicologist Edith Gerson Kiwi (1908-1992),” is a joint venture of the Europäisches Zentrum für Jüdische Musik (Hochschule für Musik, Theater und Medien Hannover, Germany) and the Jewish Music Research Centre (Hebrew University of Jerusalem, Israel). It was launched in the framework of the Research Cooperation Agreement Lower Saxony – Israel signed between our institutions on November 2016. 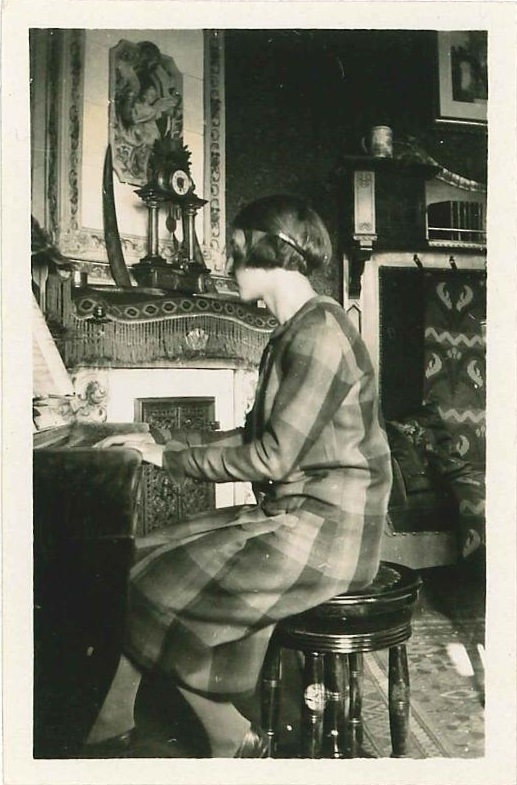 Berlin-born Edith Gerson-Kiwi (1908-1992) is considered one of the founders of Israeli musicology. She studied piano and musicology in Berlin, Leipzig, Heidelberg, Freiburg i. Br. and Paris. When the National Socialists prevented the publication of her dissertation on the art of the Italian madrigal in 1933, she emigrated to Italy and from there to British Palestine in 1935. Gerson-Kiwi established a long-term professional relationship with her colleague Robert Lachmann (1892-1939), one of the most distinguished representatives of the Berlin School of Comparative Musicology. Lachmann was also forced to leave Germany in 1936 and settled in Jerusalem. There he founded the Archive for Oriental Music at the Hebrew University. Edith Gerson-Kiwi joined him, working as his assistant between 1936 and 1939. This association reoriented her research focus from the canon of Western art music to non-Western music, most particularly, the music of religious and ethnic communities in British Palestine.

In the footsteps of Robert Lachmann as well as Abraham Zvi Idelsohn (1882-1938), another pioneer of music research in Palestine, Gerson-Kiwi dedicated herself to the collection, documentation and analysis of the liturgical, para-liturgical and non-religious music of the non-European Jewish communities whose members relocated to Israel after 1948. She contributed significantly to the preservation and research of these distinctive Jewish musical repertoires. Her activities led to the institutionalization of musicology at Israeli universities and colleges, developing a focus on the Jewish musical practices in the Middle East. Significantly, she was also active in the promotion of multi-cultural music programs within the educational system of Israel.

Beyond her local foci of research and public life concerns in Israel, Gerson-Kiwi is a very significant international figure in many respects if one takes into consideration the socio-historical context of her life-achievements: a woman and a scientist in a patriarchal society in the Middle East, an intellectual interfacing between multiple musical disciplines, history, comparative musicology and Jewish music, and a mediator between German culture and scholarship and the nascent Israeli Jewish society. Despite her significant contributions across many musical areas and disciplines, a critical appreciation and scholarly analysis of her life and work, including her prolific and substantial intercontinental correspondence as well as her massive recorded collection, has yet to be undertaken. These are goals that the present project intends to achieve.

After she passed away in 1992, most of Edith Gerson-Kiwi's extensive estate was acquired by the European Center for Jewish Music (EZJM) in Hannover, Germany. The second section of her estate (letters and her voluminous field recordings) has already been endowed to the National Library of Israel (NLI) in Jerusalem. The totality of the estate is rich in the amount and variety of documents. It includes papers from Gerson-Kiwi's youth as a student in Germany; documents on her research and teaching; drafts of publications; documentation relating to events and projects in which she participated; her personal and professional correspondence; newspaper reports and other items; field recordings; and copies of recordings from other collections. 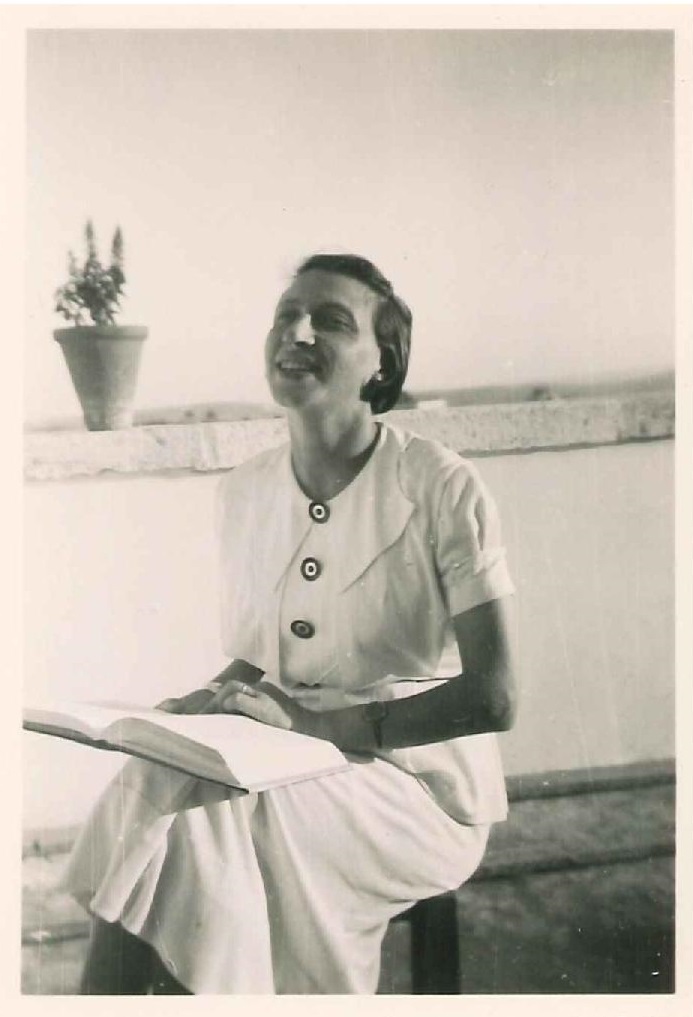 The importance of this wide-spanning and intricate estate allows scholars to draw a picture of the trajectory of this unique individual as well as to assemble a critical historical narrative highlighting the development of her academic ideas and methodological procedures. Gerson-Kiwi's correspondence is of particular significance here: the letters were written and exchanged over a time span ranging from the National Socialist rule in Germany to Palestine under the British Mandate, and from the founding of the State of Israel in 1948 well into its first five decades of existence. The complete Gerson Kiwi estate includes more than 7000 letters, written from 1927 to 1990, covering a dense and multifaceted network of local and international correspondents. One of the main goals of our project is therefore to integrate the disseminated correspondence of Edith Gerson-Kiwi, currently located at the EZJM and NLI, into an online portal and to produce a content-based analytical interpretation of her correspondence. Gerson-Kiwi’s original letters will be fully digitized (and subsequently transcribed and translated) and made accessible through the server of the Göttinger Digitalisierungszentrum (GDZ) at the Lower Saxony State and University Library in Göttingen and the National Library of Israel in Jerusalem. This page within the website of the JMRC will introduce readers to our ongoing analytical research of the Edith Gerson-Kiwi estate, making our findings available online even before publication.

Parallel to the processing of the estate, we will conduct additional ethnographic research in order to construct an oral history of Edith Gerson-Kiwi. This component of the project involves interviews with former colleagues and students, as well as family members and friends. This fieldwork on Gerson-Kiwi will add an in-depth, critical dimension to our research data and will thus enable a more complete picture of her life, her research, and private and professional networks. Selected interview transcriptions and excerpts will be published through the present online portal.

In addition to the correspondence, there are about 1000 recorded items (each one comprising several units, such as songs and dialogues), which, although already digitized and catalogued by the National Library of Israel, comprise a sonic maze that demands a renewed attention. They will be integrated into the online portal as well. Recorded items, letters and other documents from the estate will allow for a much wider and revealing history of the development of ethnomusicology in the Middle East.

Gerson Kiwi was not only influential in the development of musicology in Israel, but also helped to reformulate German musicology after World War II. The latter contribution was mainly made possible through her extensive, long-lasting correspondence and contact with colleagues in Germany. Nevertheless, her importance to German intellectual history in the field of music research as well as her life achievements have remained relatively ignored until today, by academic research and the German public alike. The letters, which cover a period of almost seventy years, encompass a variety of topics that she discussed with her peers. As such, the letters offer pivotal insights regarding the development of critical ideas in musicology and ethnomusicology.

One of the main issues to emerge from our work is the contribution of the Edith Gerson-Kiwi estate to the history of Comparative Musicology. Through her unplanned encounter with Robert Lachmann in Palestine, he introduced her to the buoying field of Vergleichende Musikwissenschaft that developed in Berlin since circa 1900. German-Jewish scholars such as Curt Sachs and Erich Moritz von Hornbostel led this new discipline. For the first time since the development of Musikwissenschaft in the second half of the 19th century, music was examined cross-culturally using a variety of experimental methods drawing from the natural sciences and psychology.

After 1945, following the relocation of most of the prominent German-Jewish figures in the field to the United States, a narrative developed in which Comparative Musicology declined in the mid-1930s with the forced immigration of the Berlin Jewish scholars. Renamed “Ethnomusicology” in America, comparative methods were still applied to the cross-cultural study of music by immigrant scholars relocated in the new continent. Yet, a strong shift towards cultural anthropology and ethnological paradigms took place among a new generation of American-born scholars since the early 1950s. Numerous letters that Gerson-Kiwi exchanged with her German and Swiss colleagues addressing the topic of music history, as well as correspondences with former students of comparative musicology in other countries, suggest a much more complex, nuanced development of Comparative Musicology than what has hitherto been assumed. Indeed, the field of Comparative Musicology left its traces in different post-war sub-disciplines of musicology such as folk music research, Cantus-Planus-research, or the study of music in Antiquity. Overall, Gerson-Kiwi's numerous close contacts with her German colleagues testify to the emergence of a new academic culture in post-war Germany (Federal Republic of Germany and German Democratic Republic), to which she contributed with her research in Israel.

Numerous letters in which Gerson-Kiwi discusses her own work as well as musicological curricula in Israel, provide new insights into German-Jewish heritage in the Israeli and international academic culture, a legacy that was almost completely extinguished during the National Socialist era in Germany. The letters provide a vivid and detailed insight into the transfer of the German-Jewish educational tradition to Palestine / Israel. They also highlight the processes of change that her new life and experiences in Western Asia brought. This transfer and exchange of ideas includes the transformation of knowledge inherited from Europe, such as the image of the Orient or the transformation of epistemes over time. Such a transfer vividly transpires in her encounters with Middle Eastern Jews eternalized in her voluminous recordings. 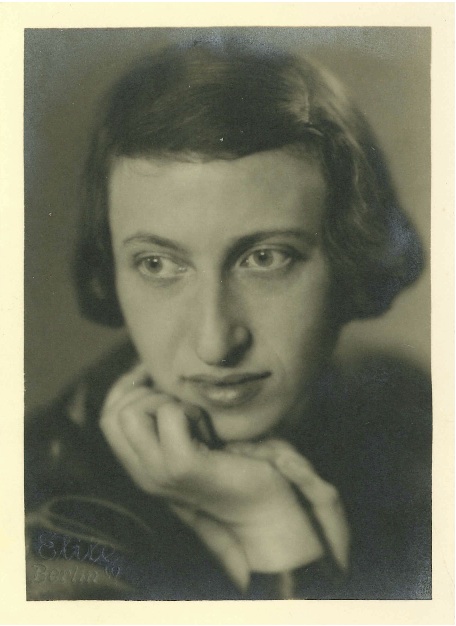 Edith Gerson-Kiwi’s view on Germany and Judaism changed significantly following her immigration to Palestine. In Germany, she had identified with a largely assimilated component of Berlin Jewry. However, following her arrival in Palestine, her letters convey a new Jewish consciousness that corresponds to her reorientation towards the study of Jewish music. These transformations were accompanied by her development of a “Bildungsauftrag” (educational mission), which was especially referenced in her correspondence with German and Swiss colleagues: namely, the mediation of the idea of a new, post-war Europe, whose signum is its “window to the East”.

In her correspondence with colleagues in Israel, Gerson-Kiwi outlined a picture of a Jewish academic landscape in Palestine / Israel that was characterized by great heterogeneity. The old/new land appears as a meeting place of diverse, sometimes competing currents of particularism and universalism, based on the diasporic legacies of Jewish immigrants, which were soon to merge into a new viable foundation under the umbrella of Israeli statehood. The majority of letters document a growing network of colleagues and peers from around the world. In many cases, those who formed part of this network were Jews of German or Central European extraction – some of them former fellow students of hers – who had fled from the Nazis. As such, these individuals not only had to build a new life abroad, but also had to set themselves new academic goals. The letters, encompassing Gerson-Kiwi's prolific and wide-ranging private and professional networks, trace the development of critical ideas that transcend spatial boundaries (i.e. country of origin), and are largely categorizable by shared interests and topics. For instance, in the Israeli and international correspondence, numerous subject-lines document the struggle for a new self-conception of cross-cultural music research characterized by the dynamics between historical and anthropological thinking, German scholarly tradition, and transnational research.

These correspondences, coupled with the recorded collection of Edith Gerson-Kiwi, comprise a multi-dimensional intellectual network and medium of discourse, which emerges from the cross-referencing and discursive merging of the letters and recordings envisaged in this project. One component of this process involves the detailed examination, analysis, and digital care of the texts and the recordings. Additional relevant sources include the oral history interviews, as well as a review and interpretation of her own publications. The results of this project will offer a long overdue intellectual biography of Edith Gerson-Kiwi's academic contributions to musicology, ethnomusicology, and Israeli-German relations.

Over the course of her career, Edith Gerson-Kiwi published four articles in the JMRC journal Yuval:

Vocal Folk-Polyphonies of the Western Orient in Jewish Tradition, 1968

The Music of Kurdistan Jews - a Synopsis of their Musical Styles, 1971

Robert Lachmann: His Achievement and His Legacy, 1974

Ethnographic recordings by Gerson-Kiwi examined in detail in our website:

Among the earliest documents in the archive in Hannover is a letter to her friend of youth, Eva Feinchenfeld (Newman) dated September 29, 1936. This letter triggered the following essay by Dr. Regina Randhofer. The essay is followed by the original letter, its transcription and translation into English.

An Early Letter from Jerusalem: Edith Gerson-Kiwi – Between Zionist Optimism and Erez-Israeli Reality

An article by Regina Randhofer.