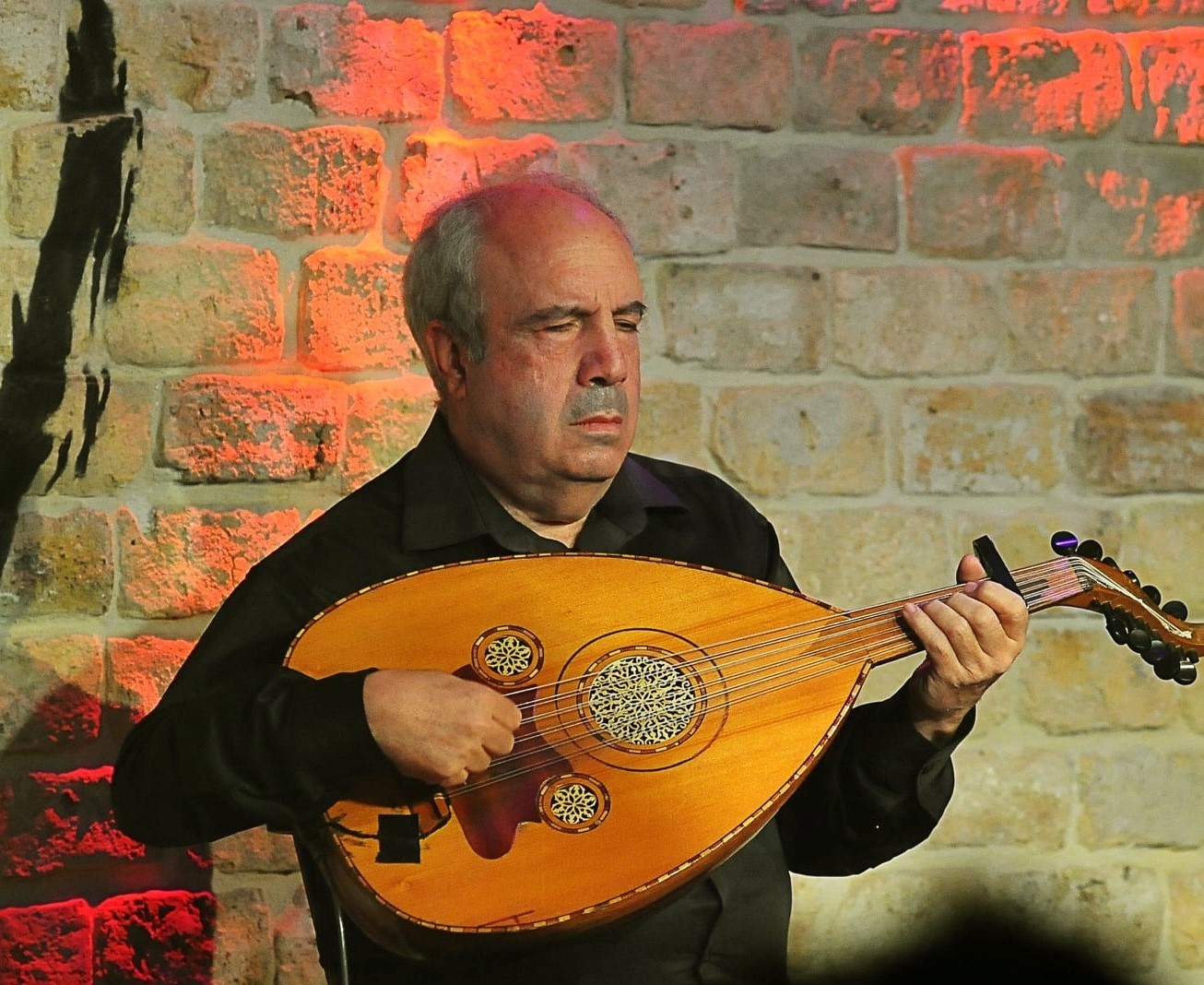 Armand Sabah was born in 1952 in Marrakesh, Morocco, and immigrated to Israel with his family when he was 10 years old. His father's family was musical and was related to the famous Moroccan singer and composer, Sami Elmagribi. His father's great love for music was expressed not only in the music that was always heard at home but also in the many discs that he bought at every possible opportunity. Thus, from infancy Sabah absorbed Moroccan’s music different styles.

After repeatedly asking his father, Sabah received a Gimbri at the age of 6 as a gift. His musical talent began to emerge even then when as he learned to master the Gimbri alone and tune it. Then, his father bought him an accordion, and Sabah soon learned to play as an autodidact.

When he arrived in Israel at the age of 10, he began to absorb Israeli culture. He began to hear Israeli singers and Hebrew songs, abandoning for a period the Moroccan music of his childhood. In Israel, he began studying the accordion, classical guitar, the piano, as well as the violin with private teachers. His musical education included mainly classical Western music.

After graduating from Himmelfarb High School in Jerusalem, Sabah enrolled in Hebrew University. He studied for a B.A. degree in sociology and Islamic and Middle Eastern studies. As an immigrant from Morocco, fluent in the Arabic language, Arabic studies and Islamic culture interested him. During his studies, Sabah participated in the university's student orchestra as an electric guitar player. His repertoire at this time included mainly pop music like the Beatles.

One day, when he was still a student, his father bought him an oud as a surprise. Sabah says that he was very angry and refused to play Moroccan music that he considered primitive contrary to the sounds of the electric guitar. His father was disappointed, and finally, Sabah agreed to occasionally play the oud, "but only in a closed room so that the oud's sounds would not embarrass him". His father wanted Sabah to specialize in playing the oud, so he asked his son to meet one of his friends, an Iraqi player who was part of Avraham Salman's ensemble in Kol Yisrael Orchestra in Arabic. This player heard Armand play the oud and said he should not study with a teacher as he already mastered the instrument.

After graduating from university, Sabah wanted to acquire additional skills in playing the guitar and in 1978 turned to studying at the Jerusalem Academy of Music. There he studied classical guitar in the performance department and completed a B.A. degree in which he studied and played a lot of flamenco music.

In the early 1980s, Sabah was offered to play as a violinist with the payytan R. Chaim Louk in the "Bustan Sfaradi" hall in Jerusalem. Admittedly, his experience with the violin was mostly playing the classical music he learned for about a decade as a teenager. However, this experience, together with his acquaintance with Moroccan music from his father's house, led him to accompany R. Chaim Louk in a way that the latter was most enthusiastic. He spurred Sabah to continue playing Moroccan music, which was unusual in those days - there were not many musicians of such music and the few who played Moroccan music were usually of an older generation. Thus, following R. Chaim Louk, in 1982 Sabah formed a musical ensemble of several musicians with the participation of the best payytanim (among them Shlomo Amzaleg, R. Yosef Bin-Nun, David Shitrit, Yitzhak Illuz, Yehuda and Chaim Aboutboul and more). Sabah led the ensemble and played as a Kamanga violin (Arabic violin) player. He wanted to spread Moroccan music to a variety of populations throughout Israel, so for five years the ensemble operated and performed on many occasions. The ensemble performed at IDF bases as part of musical evenings involving singers from several traditions, with Armand Sabah's ensemble represented Moroccan music. They also performed at community evenings in various villages, at schools, and on other occasions many of which they performed for free.

After the ensemble disbanded, for several years Sabah mainly taught music. He taught classical guitar and flamenco music, classical and oriental piano, and of course oud and kamanga violin. He then completely abandoned playing classical music in favor of mostly Moroccan and Arabic music played on the oud and Kamanga violin. In addition to private teaching, he had a job at the Jerusalem Municipality where he taught classical guitar, oud, and piano to adults.

In the years 1995 - 2015, Sabah directed the ensemble of the singer Ilana Eliya, who was mainly performing Kurdish music. In the ensemble, Sabah played the oud, Turkish saz, jumbush, and frame drum. He performed with Eliya around the world.

Since 2000, Sabah has been playing the oud in the ensemble Kol Oud Tof Trio by the Ladino singer Esti Keinan-Ofri. When Sabah joined the ensemble, Keinan-Ofri began to sing "Haketia" (Ladino-Moroccan language) songs, and they recorded two discs: Tzviya and Twenty-Five Golden Steps. With the ensemble, they performed around the world including in Taiwan and UCLA University.

Over the years Sabah was a performer, composer, and musical director of the ensembles of additional singers, including R. Chaim Louk, Emil Zrihan, Lior Elmaleah, Ruth Yaakov, R. Maymon Cohen, Gila Bashari, Kochava Levy, and Orit Atar. He has also collaborated with Israeli singers such as Amir Benayoun.

Over the years he has conducted many educational programs for schools and kindergartens across Israel. He also takes an active part in the piyyut project "Kehilot Sharot" and plays in the accompanying ensemble of the project since its inception in 2002.

He also starred in the film Bab El Ward (The Flowers Gate) directed by Haim Bouzaglo.

Out of the variety of traditions and instruments that Sabah plays (which also includes Nay, clarinet, and Andalusian piano), today he is mainly in demand as an oud player and the musical tradition of Morocco and Algeria remains his main area of ​​expertise. He continues to teach this tradition today in a variety of private and broader settings, as well as at the "Oru" authentic music center in Jaffa.

In addition to his musical pursuit of playing and teaching, over the years Sabah has made a living as a demanded piano tuner.

(The biography was written from a personal interview with Armand Sabah, March 2022)

Selected commercial and ethnographic recordings of Sabah's performances, in the National Library website.

Selected excerpts from Sabah's playing in ensembles, see in YouTube.

Armand Sabah was born in 1952 in Marrakesh, Morocco, and immigrated to Israel with his family when he was 10 years old. His father's family was musical and was...

Ofer Ronen was born in Tel-Aviv, Israel, and at a young age moved to the northern village Abirim, in the western Galilee. He began playing the guitar at a young age...

The Jewish Music Research Centre announces with sadness the recent passing of Cheikh Mwijo (1937-2020), one of the most distinguished and long-standing Moroccan musicians in Israel. This short...