In 2008 the Jewish Music Research Centre released a 4 CD package entitled An Early 20th-century Sephardi Troubadour: The Historic Recordings of Haim Effendi of Turkey. Catering to the increasing scholarly and general public interest in the role commercial recordings had on musical traditions from the early twentieth century, that production became a landmark in the revised appreciation of Sephardic music prior to the rapid chain of events leading to the dissolution of the traditional communities that maintained this music. Although Haim Effendi dominated the playlist of Sephardic communities in terms of his proportional share of the market, he was by no means the only artist recorded.

For this reason, locating and releasing the rich repository of Judeo-Spanish recordings at the EMI Archive Trust, heir to the Gramophone and Zonophone companies, represents a further breakthrough in the study of the Sephardic song. This collection not only brings to light the forgotten voices of many Sephardic artists extremely popular a century and more ago, but also expands the geographical distribution of recordings to Ottoman Jewish centers beyond Constantinople/Istanbul. Moreover, the EMI collection includes recordings that preceded those of Haim Effendi, broadening the confines of the Ladino song repertoire known until now. The picture of the state of Sephardic music in the large urban centers of the Ottoman Empire ca. 1890-1914 is now more textured and varied thanks to these precious jewels from the EMI Archive Trust.

This page presents the full 78 tracks selected for this project for listening, and the accompanying booklet, a scholarly effort of many years, as a free PDF download. In the future Eastern Mediterranean Judeo-Spanish Songs from the EMI Archive Trust (1907-1912) will be available for purchase as a CD package and/or download.

* Please note, these tracks are not currently available for purchase, only for listening here.

A concert based on this material, Hidden Voices—Ladino Songs from over 100 years ago, was produced as part of the Jerusaem Oud Festival in conjunction with the JMRC and performed on November 22, 2020 at the Confederation House in Jerusalem. The event featured Hadass Pal-Yarden, one of Israel's leading vocalists in the Judeo-Spanish tradition, along with an ensemble featuring some of Jerusalem's top musicians in the genre, and is available for viewing below.

Hidden Voices—Ladino Songs from over 100 years ago 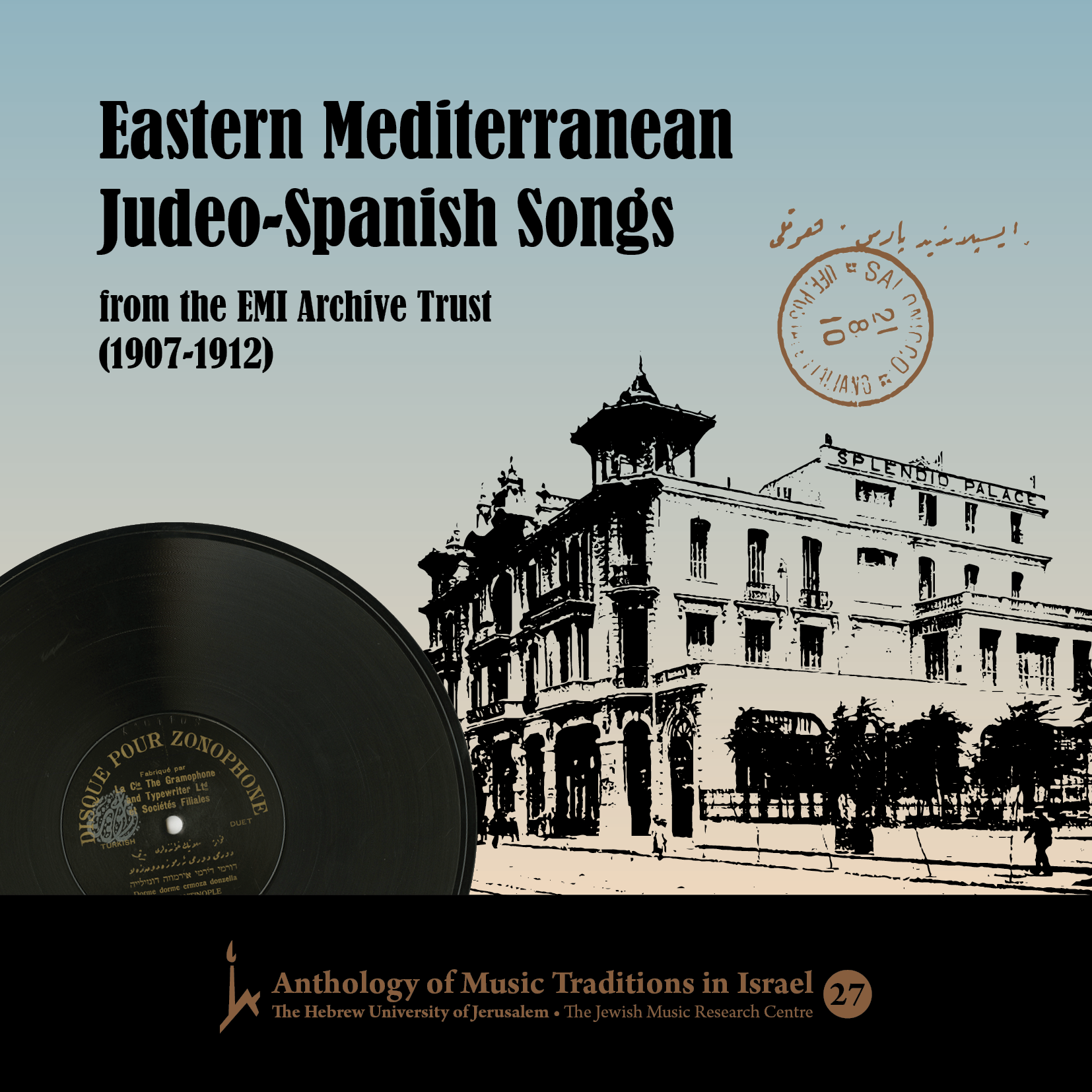